Doug takes on the Midwest

In a few weeks I will be embarking on my biggest road trip alone yet. I’m attending a business conference in Louisville, KY and I’ve decided to make good use of the road trip. During the days I’m not at the conference, I will be visiting four parks (two of which I’ve never been to before). Here’s where I’ll be at: 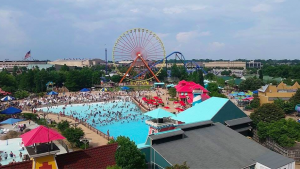 I’m looking forward to seeing how the rebirth of Kentucky Kingdom is going, as I used to live in Louisville as a child and was a season pass holder. I interviewed Ed Hart several years ago during his first go at getting back the park and he has so much passion to make it a solid destination once again for the Louisville metro. 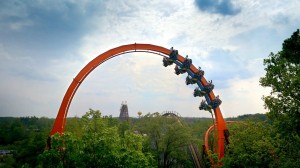 Where do I begin with Holiday World? 3 world class wooden coasters, the brand-new Thunderbird (which we named #4 on top coasters we’re excited for), and one of the best waterparks in the world. The park has won the “Cleanest Park” Golden Ticket award every year since the Golden Tickets started and “Friendliest Park” for 13 of the 16 years it’s been awarded. But I’m most excited about the unlimited soft drinks. 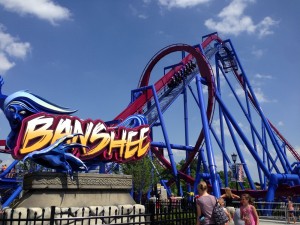 With 14 roller coasters, Kings Island is one of the most coaster-filled parks in the world. While there are only a few standout coasters (Banshee, The Beast, and Diamondback), it’s a great place to easily increase your coaster count. I always wanted to visit Kings Island when I lived in Louisville, but never got to go. Excited to finally cross this park off my list. 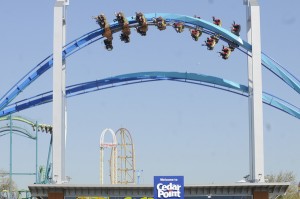 The mecca of all coaster fans, this will be my 3rd time to Cedar Point. My last visit was in 2009, so I have yet to ride Gatekeeper, Rougarou, Shoot the Rapids, and Windseeker. Cedar Point is my favorite amusement park and offers a great variety of things to do. It’s one of the few parks where it’s a challenge to get it done in one day. I wish I could spend more time, but my schedule doesn’t permit an extra day.

During my trip I will be doing my best to Tweet throughout the day and occasionally Periscoping. I’m still on the fence about bringing my Cannon T1i, so we’ll see. It’s been several years since I’ve ridden a major roller coaster, so I’m excited to feel the rush again.