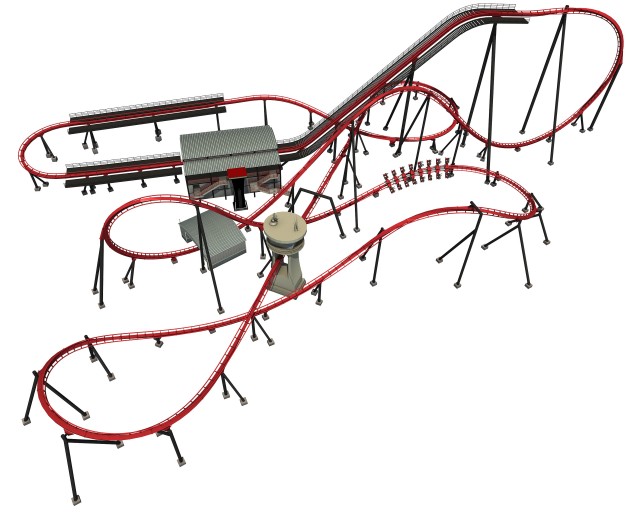 Gurnee, Ill.  (September 1, 2011)  – Get ready to take flight!  Six Flags Great America announces plans to add a state-of-the-art roller coaster for the 2012 season.  X-Flight is a ground-breaking wing coaster featuring cutting-edge technology. The Gurnee theme park is the first to announce plans for a wing coaster in the U.S.

X-Flight will take riders on a flight that defies gravity, with no track above or below them.  Riders sit in pairs, suspended on either side of the track with their feet dangling, as they begin their climb up a 12-story plunge launching them into speeds of 55mph through 3,000 feet of intense drops and five inversions, including a barrel roll and zero-g roll. One of the most adrenaline-pumping moments on the ride is an extreme fly-through where the coaster speeds straight toward a structure, before making a last-minute vertical flip to fit through a keyhole cut-out.

“Six Flags Great America has a long history of introducing legendary rides and first-of-its-kind roller coasters,” said Hank Salemi, Six Flags Great America Park President.  “What makes
X-Flight so unique is soaring through 3,000 feet of high-speed drops, loops and turns, with nothing above or below you.  The coaster’s train actually looks like a plane with seats suspended on either side of the track.  It’s like nothing you have ever experienced before.  We are thrilled to bring this revolutionary wing coaster to our guests for the 2012 season.”

X-Flight is designed by acclaimed Swiss manufacturer Bolliger & Mabillard, who also designed Six Flags Great America favorites: Raging Bull, SUPERMAN: Ultimate Flight and BATMAN: The Ride.  The wing coaster will make its home in the County Fair section of the park. Construction begins this Fall.  X-Flight is scheduled to open Spring of 2012.

Six Flags Great America is located between Chicago and Milwaukee and offers fun for the entire family with 14 heart-pounding roller coasters, a free 20-acre water park, spectacular shows, a nighttime illuminated parade and three children’s themed areas. Soar on X-Flight all season long with a 2012 Season Pass, now on sale for $64.99 for four or more.  Buy now and get a
2012 Season Parking Pass free. Sale ends October 30, 2011. 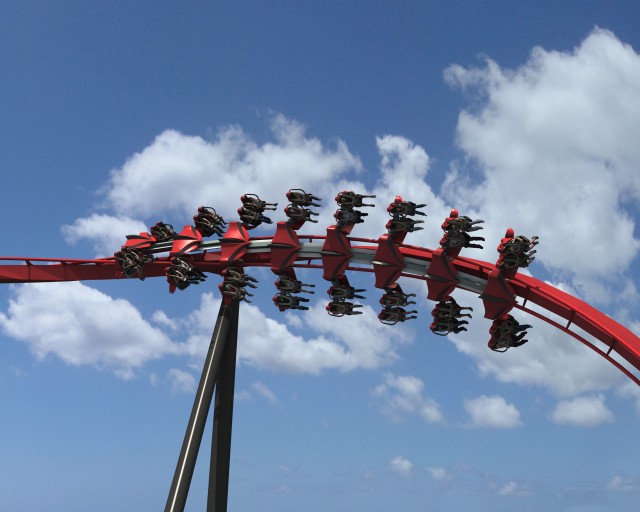 Intitial 2012 Thoughts – At first glance, it does appear to show a resemblance to The Swarm. Although Thorpe Park hasn’t released any concept art or a video for their ride yet, Six Flags Great America’s version looks decently intense with what should be a forceful immelmann.  The diving first drop is becoming a great signature B&M Wing Rider element.

With 5 inversions, as well as some solid theming, there’s no doubt this will be an excellent addition to the park.  Bravo Six Flags. Can’t wait to see this one take shape.