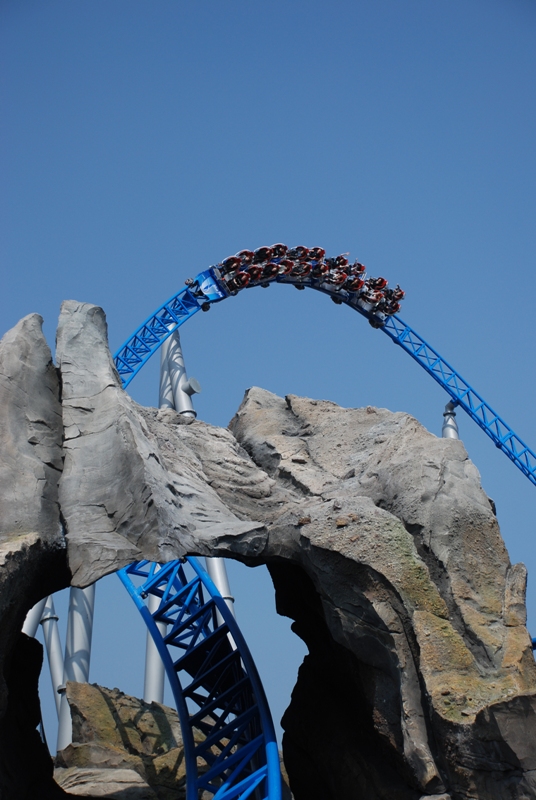 Shortly after the blog’s iSpeed post, a debate came upabout which coaster is better, Blue Fire, or iSpeed.  Now we should take a look at the other new launch coaster that recently opened in Europe, Blue Fire at Europa Park. 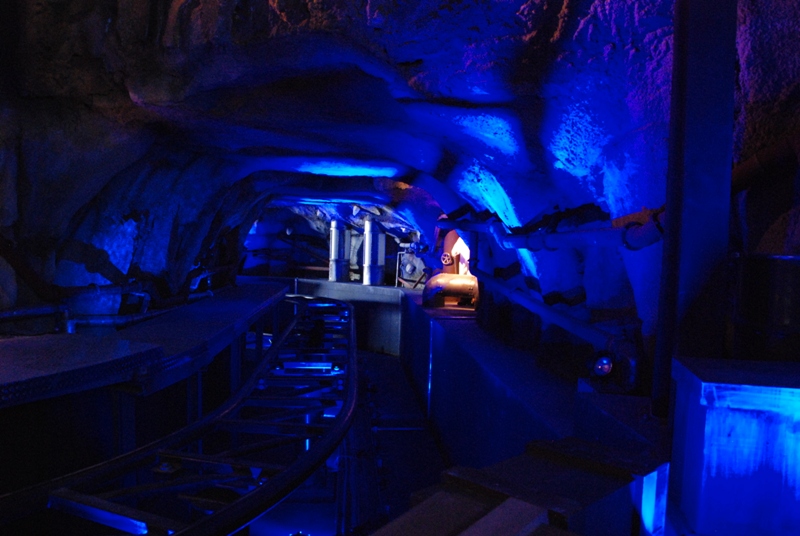 Blue Fire is a new type of coaster that Mack has created exclusively for Europa Park.  The ride is designed to include both high speed thirll elements, as well as slow moving dark ride style sections.  This all adds up to a nicely themed, and extremely thrilling ride expierence. 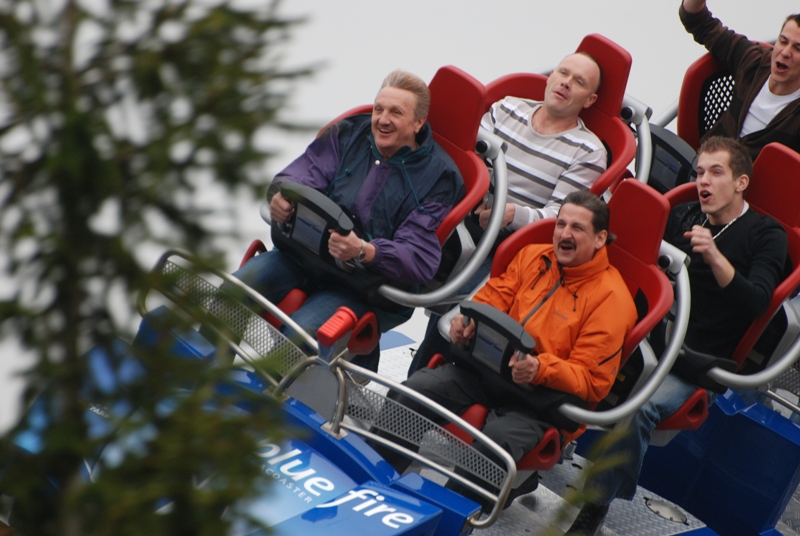 One of the most unique things about Blue Fire are the trains.  They are kind of like a over the should lap bar; the restraint comes down from above there head and rest on there laps with the riders toresoe not being confined.  This makes riders feel as if they will fly out of their seat adding an extra extreme factor to the ride.  Speaking of thrill factor, the grab bar on the restraints has a heart rate monitor that is included on your on ride video during the ride.

Not only is the layout varied in elements, but it also comes seemingly danergously close to man made rock work that just adds to the ride.

Between the great combonation of terrific theming and an amazing layout.  This may give Manta a good run for its money as far as the best new coaster for 2009 goes.