The orgins of this attraction date back to 500 A.D. in the Babylon empire.  It was originally used for war purposes to train military memebers.  This practice continued for several hundreds years on the instrument that was used for different soilder practice methods.  However by the early 19th century, Carousels were common in English fairs.  Prior to the invention of the platform carousel, the Merry Go Round did not have a floor and the horses hood from chains on the roofs.  But by the mid 1800s, a platform was added and we have what became very close to what is the modern carousel.

Today Carousels are very popular in theme parks, fairs, even malls.  With  that in mind lets take a look at ferris wheels across the world.

Opened with the park in 2001, Disney’s California Adventure has a unique sea creature carousel that lies in the Paradise Pier area of the park.  These bright colored sea animals make distinguish this Merry Go Round from its near by famous neighbor at Disneyland. 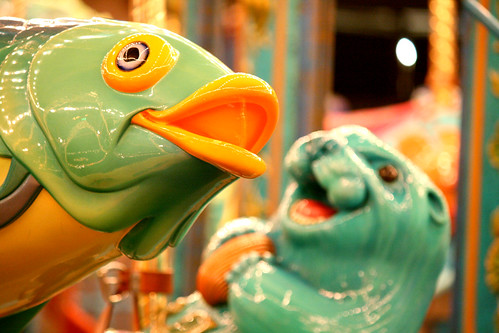 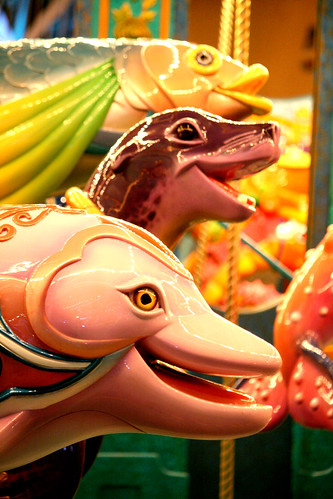 Up the coast at California’s Great America is the tallest standard carousel.  The Columbia is a double decker carousel that serves as the parks icon with its intricate design and fountain.  I personally think that this is a great and beautiful carousel. 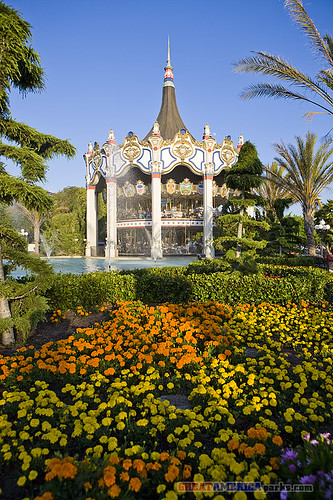 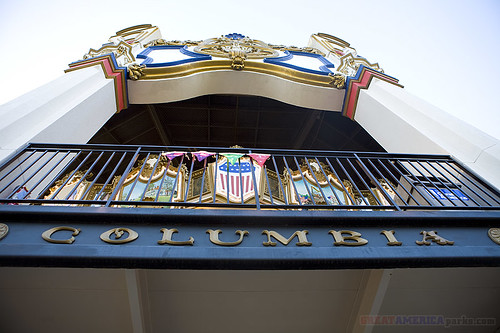 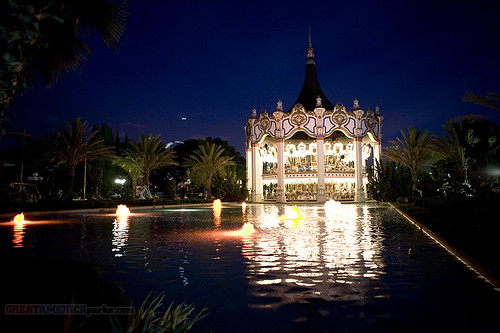 Kennywood has a beautiful Carousel that is dressed up each Halloween season with fog effects, special lighting and spooky noises.   However even during the regular season this Merry Go Round is popular with guest and is beautiful at that. 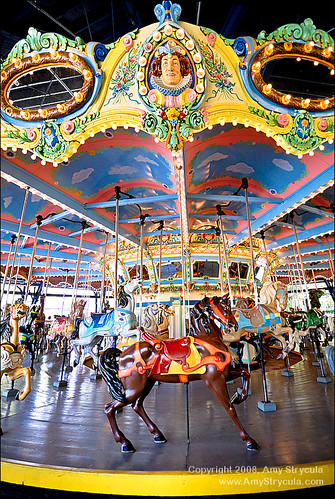 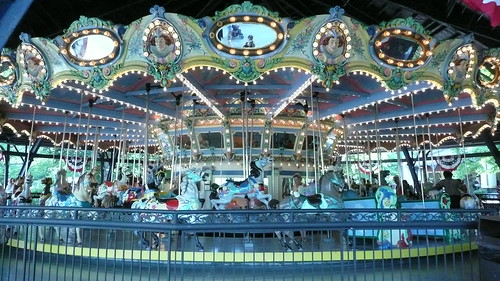 At the Santa Cruz Beach Boardwalk, they have a very unique and classic carousel that goes in the opposite direction that most carousels do, as well as guest on the outer rim of the carousel can grab rings and try to throw them into the Clowns mouth. 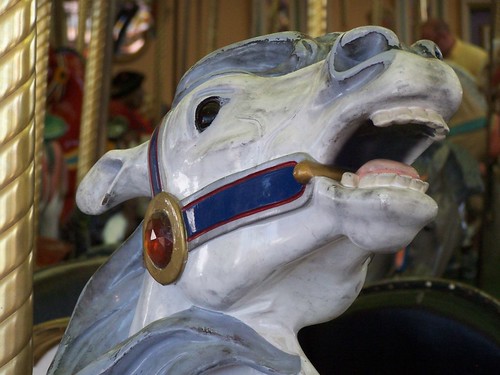 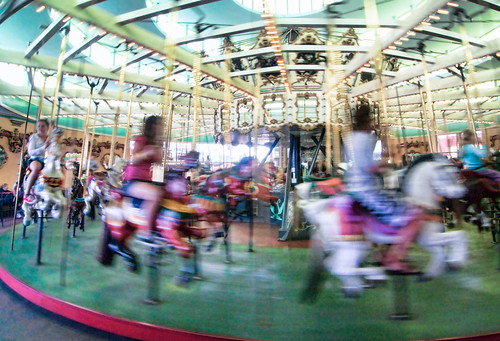 At Hershey Park, their Carrousel is famously mispelled when created and the name has stuck for several years now.  Often overshadowed by the name, the actual carousel itself is very ornate and intricate with its decorations. 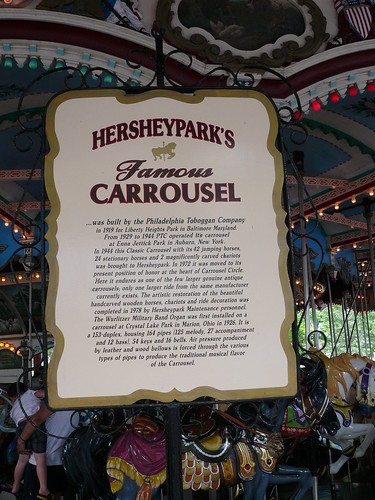 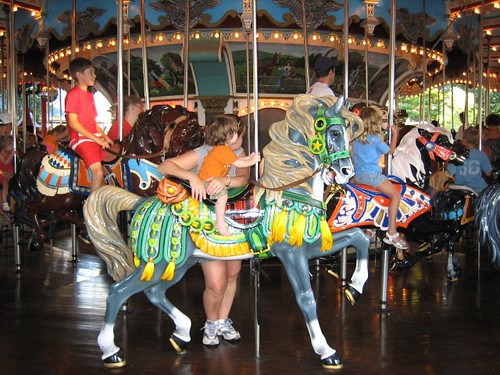 Crossing the pond to Italy, in Florence a very romantic carousel can be found that at night with the bright lights against the classic traditional italian arhchitecture creates a beautiful, truly amazing scene! 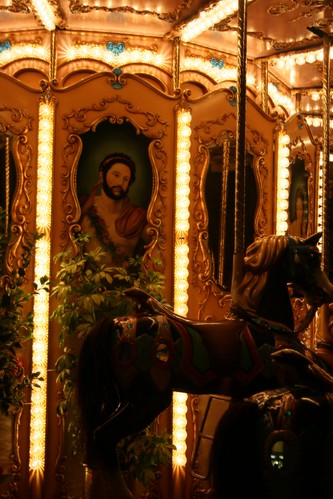 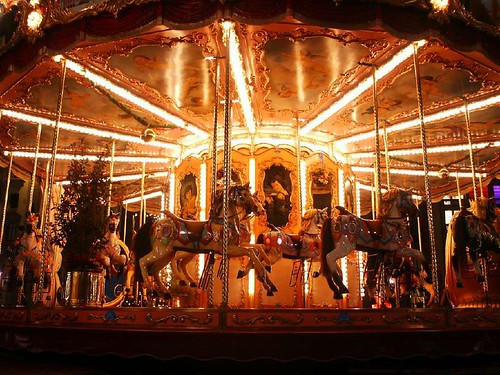 Tivoli Gardens has the world’s tallest Carousel.   Some, like myself, don’t consider this a carousel however it is astounding and is an amazing piece of machinery none the less.  Just look at how tall it is! 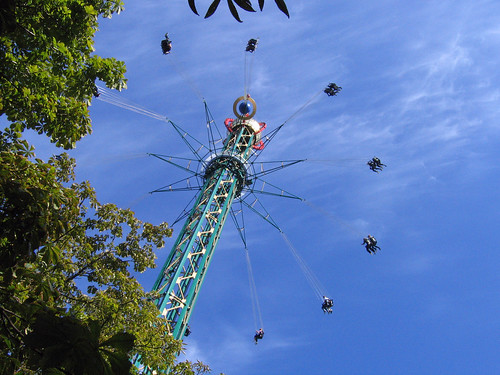 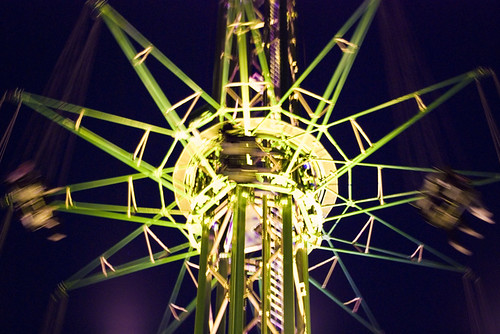 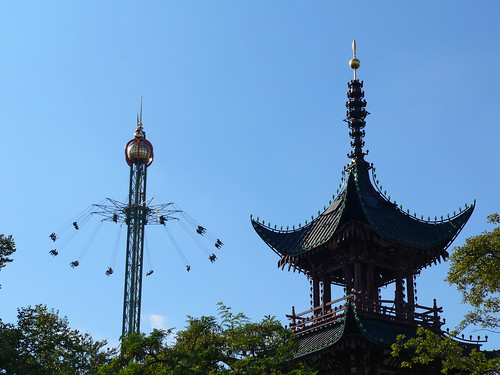 At Black Pool Pleasure beach another more traditional carousel can be found with bright colored horses and a smaller rim, however the nostalgia is evident and it looks like a work of art. 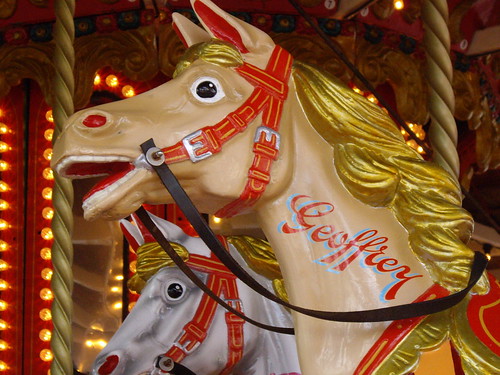 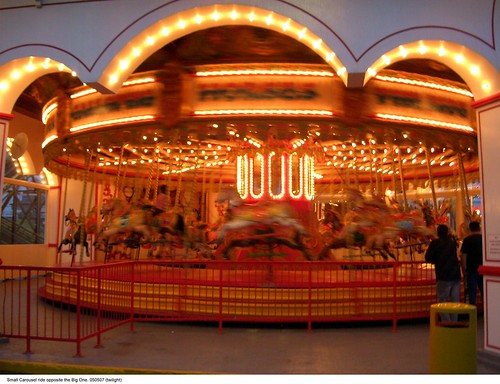 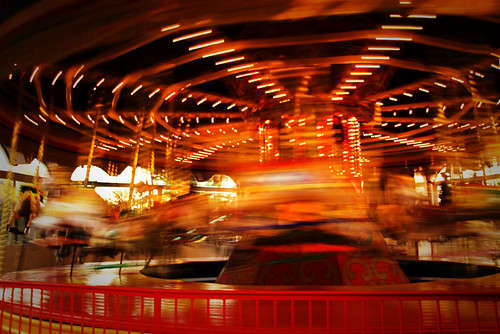 Onto the east, far east, or is it Middle east?  At Tokyo DisneySea this double decker Carousel is enclosed in a mosque like building at the Arabian coast.  Not only does this feature animals but this Merry Go Round has a Genie! 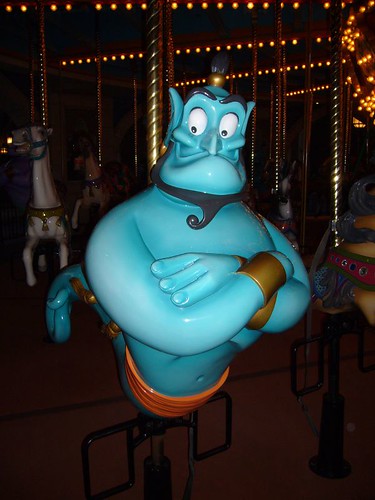 Finally, we end today’s look at Carousels with the oldest operating one in the world.  At Wilhelmsbad Park in Hanau, Germany.  The carousel appears to be boarded up as it was built in 1778 through 1780, however none the less it is brilliant to see the craftsmanship put into the “art piece.” 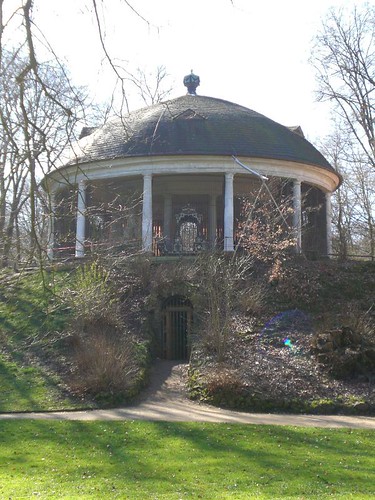 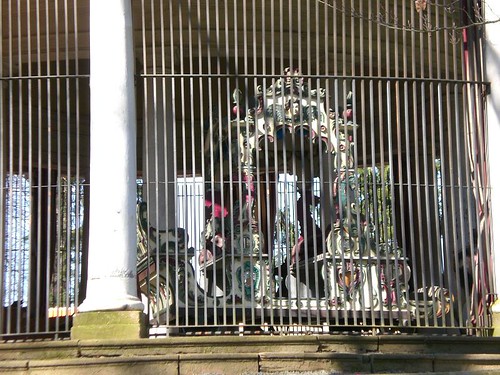 What are your park thoughts on these Carousels?  C’mon you have to think something about them!  Leave your comments.