Posted on July 16, 2009 in Uncategorized by Justice
0 Comments

Over in the Park Thoughts section of the RCTLounge forum, a fun thread poped up asking for people to post weird roller coasters they have either ridden, or seen on the internet.  Lets take a look at some of these odd thrills!

Awesomedude137 found these amazingly weird plans of a coaster train that featured several different positions!  The front row appears to be a laydown element of some sort and the back is a stand up.

People who play Roller Coaster Tycoon 3 know about the serpent shuttle coaster.  But did you know that the coaster is real?  Take a look at the track which appears to have been put together by hand and does not look very smooth!  Thanks to Awesomedude137 for showing off this very interesting contraption.

MaistroDavid posted a picture of an Intamin Half Pipe coaster on top of an office building!  In the middle of a highly populated city the ride stands out as such a random and weird building feature.  This half pipe might give Stratosphere a run for its money. 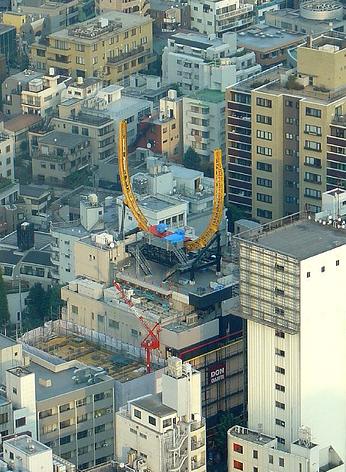 Again, Awesomedude137 found another weird contraption, this time a coaster train.  The Gravity Group train is two seats per a car and one row per a car.  Think a PTC meets GCI train, now isn’t that odd! 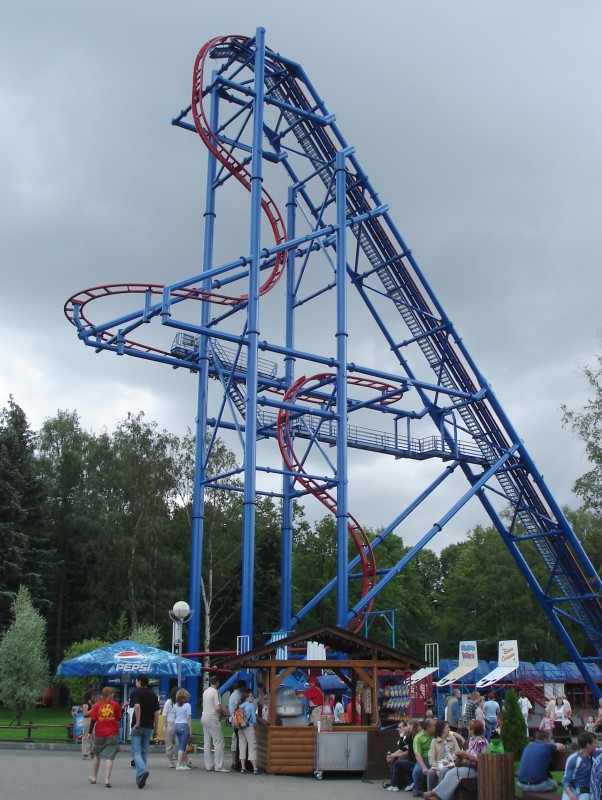 WackyWorm might have not found the weirdest coaster, but he sure did find a competitor for the weirdest name.  This ride is called the Super Speed Cool Cool Bear, what a mouth full.  I believe it is in Japan but no matter where in the world it came from, it doesn’t sound like it belongs on this planet.

Again, MaistroDavid found another peculiar creation which he described as the ghetto looping coaster.  The cars appear to seat 4 and they go in a giant shuttle loop.  What a wacky ride?

Egypt2112 found a wild mouse style coaster that looks like it is on top of yet another wild mouse style track.  The green shade is odd and just look at those trains!  Do you really feel safe in a car like that going through some of those drops and turns that sharply!?

Talk about a twisted steel mess.   MaistroDavid found this Dinocoaster that has an airtime hill that travels over the back of a steel dinosaur.  It can be found in no where other then Japan of course!

You can find all these wacky coasters and many more in the Weird Roller Coaster thread of the RCTLounge forums.  Be sure to leave your comments and park thoughts.