Posted on July 17, 2009 in Uncategorized by Justice
4 Comments

In the Canary Islands of Europe, a thai destination is beckoning your name.  Beware as your journey will involve trechorous temples, volcanic expeditions, as well as, a giant, ferocious dragon.  All and more is found at Siam Park.

Siam Park is home to beautiful landscaping, immense theming, and thrilling water slides.  Opened in 2008, the park is already what some call complete.  Not only does the park offer water slides, but it also offers an incredible dolphin show, a truly authentic Thai journey, and great shopping. 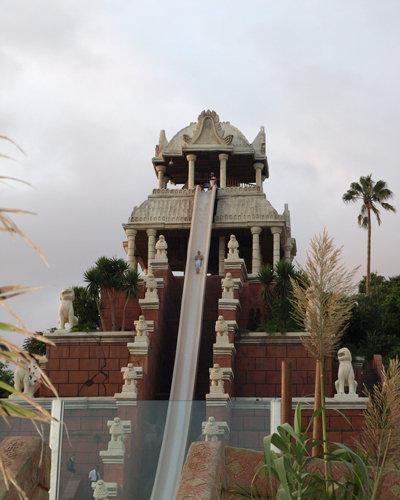 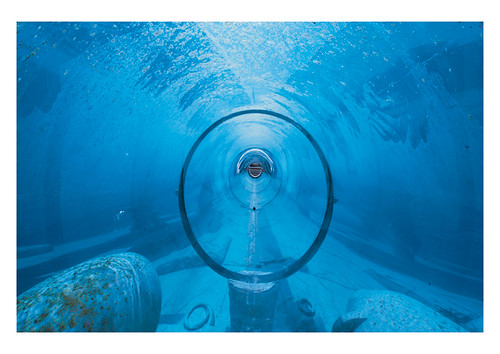 One of the parks most popular attractions, Tower of Power takes you to the top of a temple, before plummeting downward into a clear tube beneath the surface of an alligator pool.   Not only is the tower huge, but it is also incredibly detailed, just look at all of the statues that line the tower.  My only concern about Tower of Power is actually a safety issue; as you can see the actual drop is an open flume, while the level section through the alligator pool is a fully enclosed tube the same size, now even though the park specifically says for guest to laydown, it won’t surprise me when a guest sits up right before they go through the pool and get crushed by the wall.  The park really needs to create some sort of smooth transition that prevents this accident from happening. 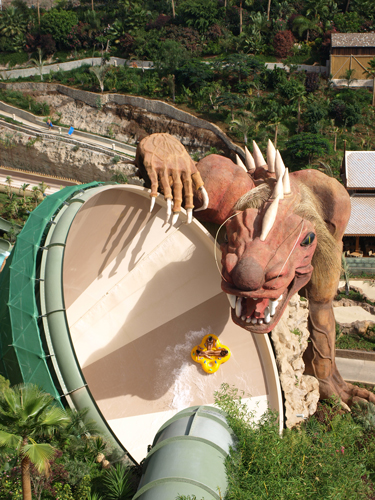 Another one of the parks most spectacular slides is Dragon.  Dragon is your a custom Tornado slide from ProSlides that features a huge sculpted Dragon facing the funnel wanting a snack.  Dragon looks phenomenal!  Not only did they utilize one of the coolest slides ever created but they added a great theme with it.  Another nice touch the park did was adding the tunnel prior to the funnel.   I can imagine it creates a sense of mystery to what the beast will look like when you approach, him (or her) up close.

Lurking high among the hills is a huge creature known as the Giant.  The Giant is a pair of ProSlide Bowl Slides.  Guest enter through the mask, atleast I think that is what it is, and board their rafts before embarking down a steep drop into a swirling vortex.   Making this ride probably the best Bowl Slide in the world due to its lush surroundings, great location, and excellent theming.  Also just take a look at all the man made vegetation that was added for the park.  Not to mention how well the park designers utilized the natural landscape of the park. 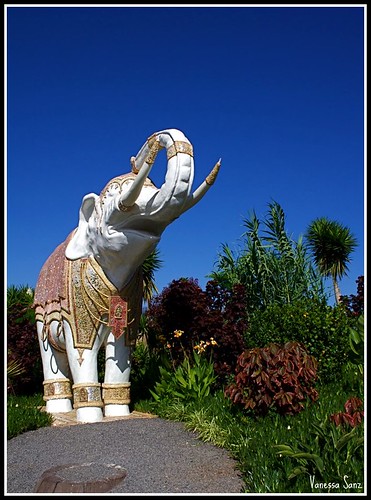 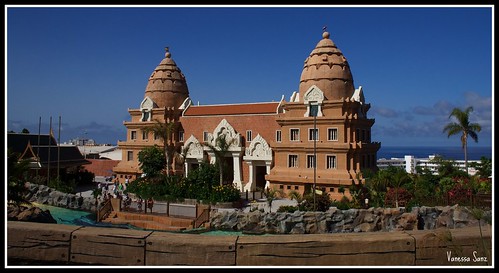 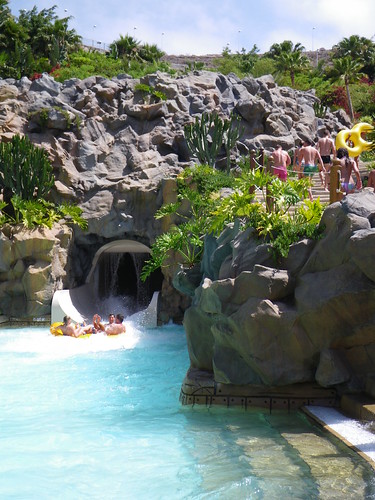 Siam Park is often overlooked which is a shame because it clearly tops Aquatica in every retrospec and is a great competetior with the Walt Disney World water parks.  The park has a great variety of attractions, entertainment and shopping.  I really like all the different elements of theming in the park.  It sure does look extremely authentic.

Leave your comments and park thoughts.  Thanks for reading!