Curse of DarKastle vs. Amazing Adventures of Spiderman

Battle of the Dark Rides!

Busch Gardens and Universal Studios are two parks that provide world class experiences and each compete with Disney in terms of theming.  Busch Gardens Europe and Universal Orlando’s Islands of Adventure each provide a dark ride that combines motion vehicles, elaborate sets, and 3D imagery to create illusions and effects that no other dark ride can offer. 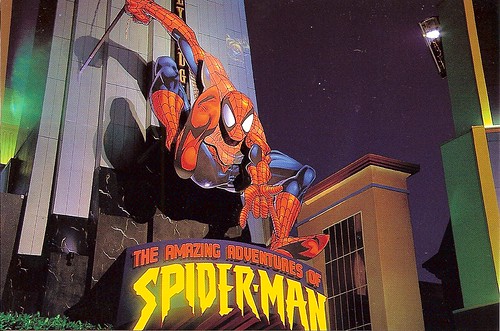 The Amazing Adventures of Spiderman (1999)

The Amazing Adventures of Spiderman takes you on adventure with Spidey against all the other villains. Designers decided to immerse you in a story where you are in a vehicles that allows you to fly, hover, and move very quickly to keep up with Spiderman. Guest take a journey with Spiderman across the city where they encounter villains of all sorts.

The Amazing Adventures of Spiderman does not over use 3D what so ever. As a majority of the sets are physical while only the scenes with action are done on a screen. This creates a blend of virtual reality with reality and makes it difficult for guest to figure out where the screen starts and where the sets ends.

Spiderman also features a flurry of practical effects. Everything from fire, air, and fog are all used along with the projection to truly immerse you in the experience. These effects are done brilliantly and seamlessly convey from projection to reality. 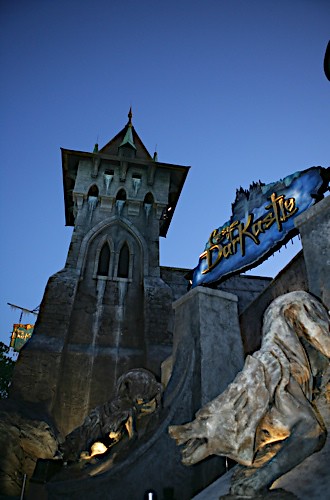 Busch Garden’s Europe took the technology used in the Amazing Adventures of Spiderman and applied it with their own unique twists.  First off the main one was the theme.  Busch Garden’s Europe applied an immersive, detailed castle theme to the exterior of the ride.  This immediately sets the tone for what is bound to be a wild ride.

Guest board their own vehicles that take them through a dark forest into a castle gates, where ghosts warn them of an evil spirit who rules the castle, before a wolf comes crashing through send thing vehicle running off into the castle where guest encounter several mysterious happenings.  Designers elaborated and essientally redesigned the falling process of the ride as this scene is far longer then it is in Spiderman.

DarKastle also uses more elaborate sets and more creativity with the 3D elements.  For example, a portrait that you go under neath is an actual 3D screen which really plunges you into the story.

Unfortunately I haven’t ridden either of these rides but both look phenomenal.  I really like Spiderman for the use of practical effects but I think DarKastle’s theme is really clever and well thought out.  For anyone who has ridden, I want to hear your park thoughts.  Which is better?

Thanks for reading, leave your comments.