After what many people thought were extremely far off, crazy rumors pointing to the removal of Six Flags Kentucky Kingdom’s star coaster, Chang, it seems as if its actually real. Local news station WLKY has reported that removal of the B&M Stand-Up coaster will begin Monday.  In return for losing their flagship attraction, the park gets a water park expansion… yes, you read right, a water park expansion. Unfortunately it seems as if we  may have another Geauga Lake story on our hands.

The news source says that Chang will be moved to another park, which I assume means it isn’t being sold, but instead being moved within the Six Flags chain.

If I was in charge of making the decision of where to move this ride, It would definitely be headed to Six Flags America, a park that hasn’t seen a new coaster in a very long time, not to mention the park’s are pretty close together, which allows for much cheaper shipping costs, and in Six Flags financial position, they need to save money where ever they can. 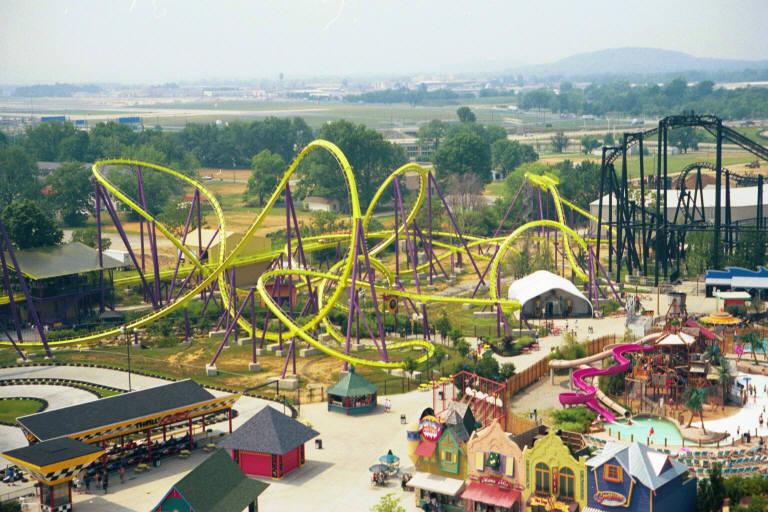