The Final ‘Meet the Nicktoons’

Posted on November 2, 2009 in Uncategorized by Justice
2 Comments 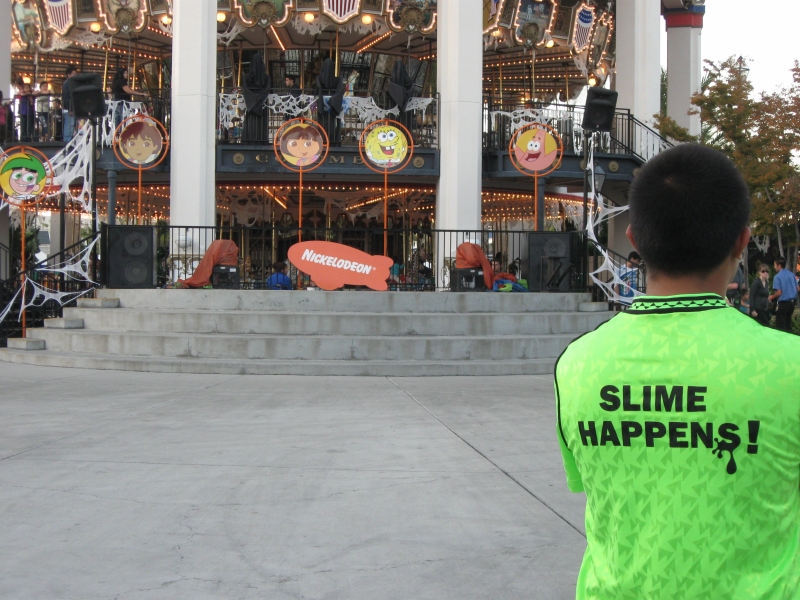 Yesterday was the final day of California’s Great America’s 2009 season, but more importantly was the last day for the Nickelodeon characters being part of the park’s family.  It was decide that all of the former Paramount Park’s would lose their Nickelodeon Central and Kidzville areas for Planet Snoopy in 2010.  That meant that today was the final show of the park’s extravagant Meet the Nicktoons show.  I was there to cheer on the performers one last time! 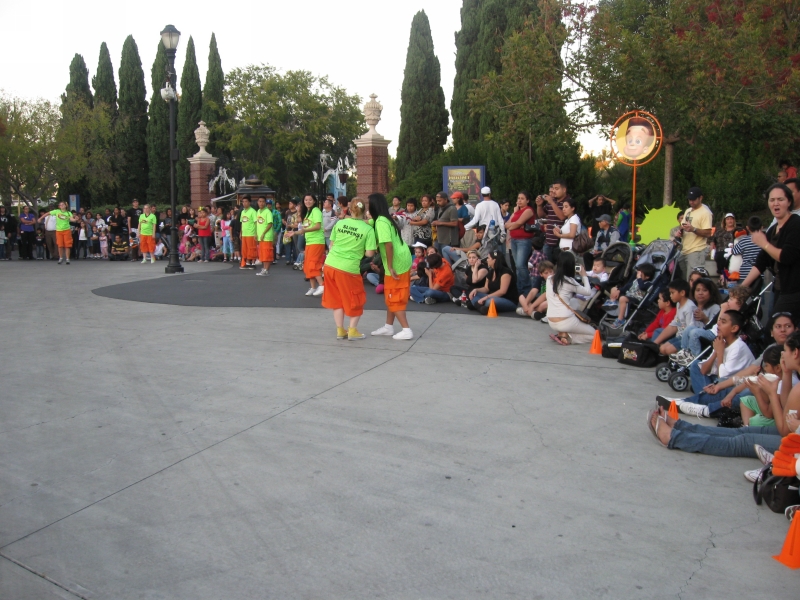 The show started at 5:00 but by 4:15 people were lining up to meet their favorite Nickelodeon characters one last time.  Several never had seen the show before but a good majority of the audience either worked at the park, or was family/friends of the performers  in the show.  Either way it was great to see such a turn out for a show like this. 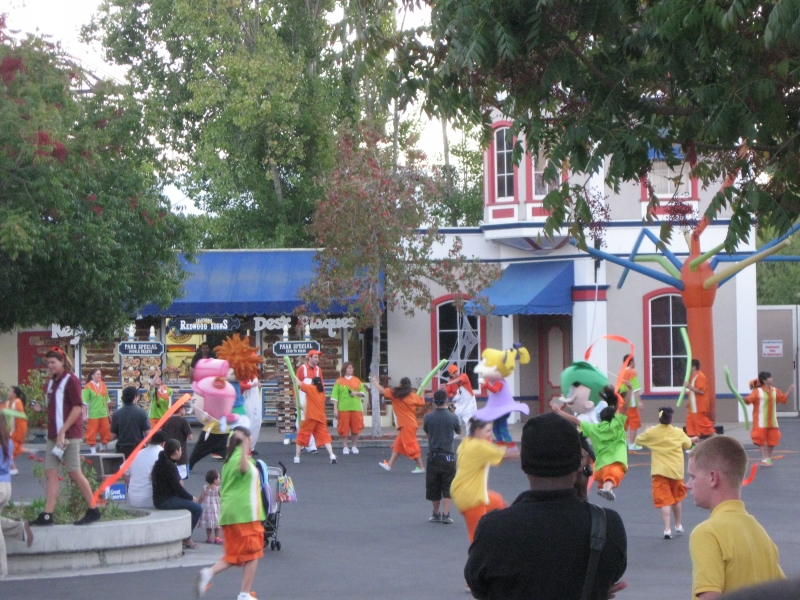 When the show starts, the characters and performers begin parading out of the backstage parade gate and head around the famed Country Swings and onto the main stage area!  The performers are armed with whistles and streamers as they dance to the blasting music stirring up some fun. 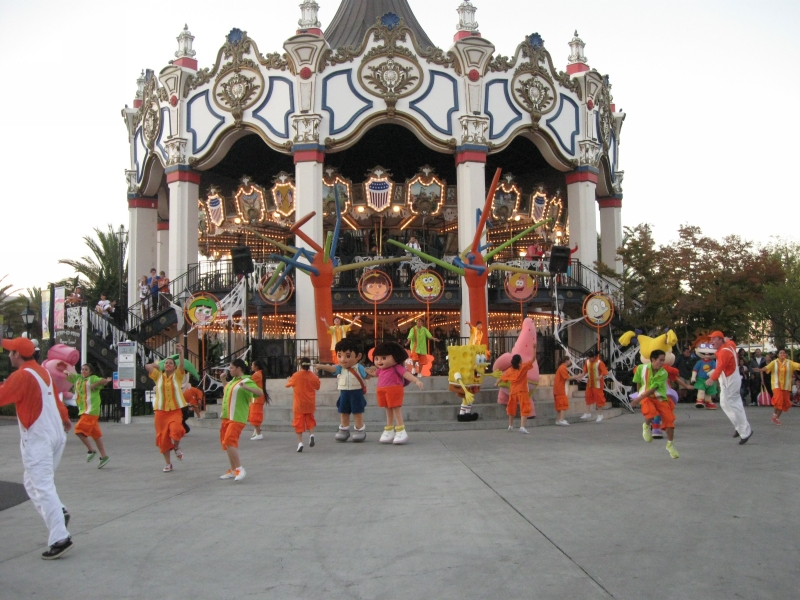 Here are your characters of Meet the Nicktoons 2009! The colorful cast gather in Celebration Plaza and create one of the most high energy shows of all time.  Everyone is clapping and dancing along because the excitement is just pulsing! 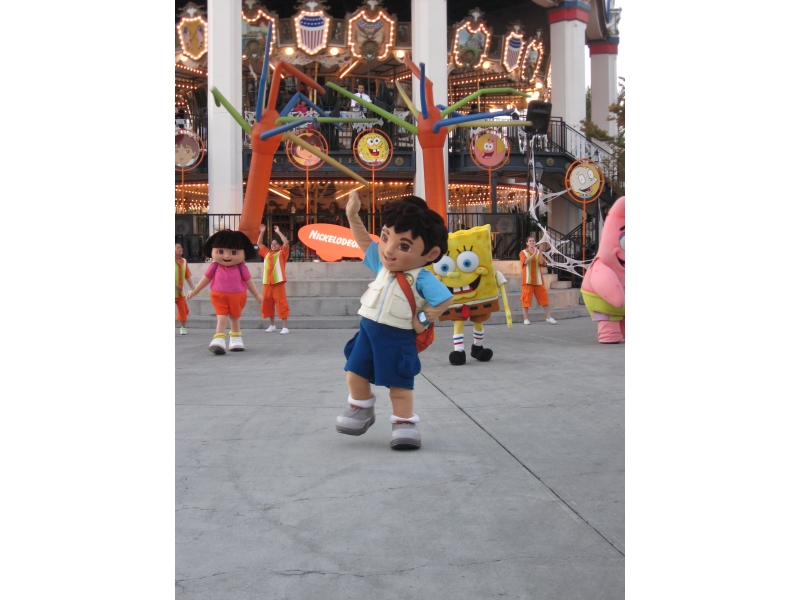 Diego comes out and tells everyone that they need to help!  His Nickelodeon friends sure are wanting to help and want you to join in! 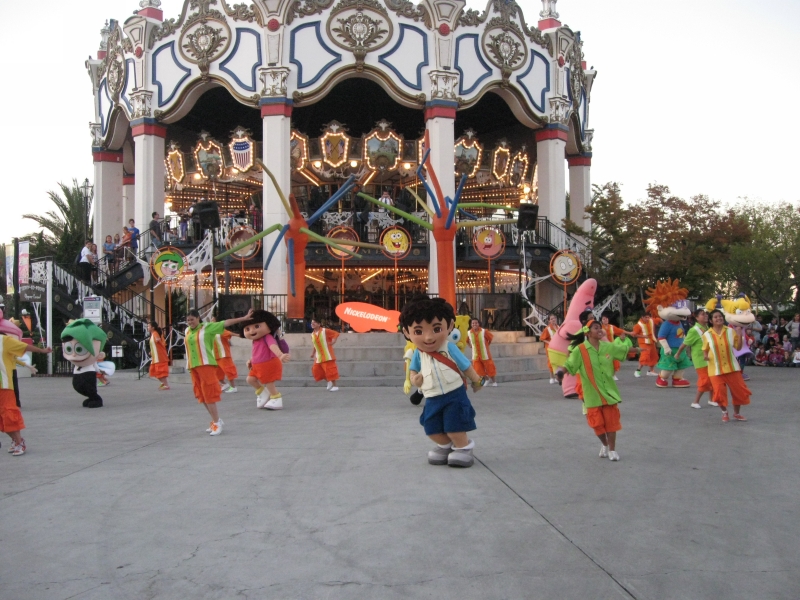 Diego and his amigos break out into song about the value of friendship and helping and you are invited to sing along. 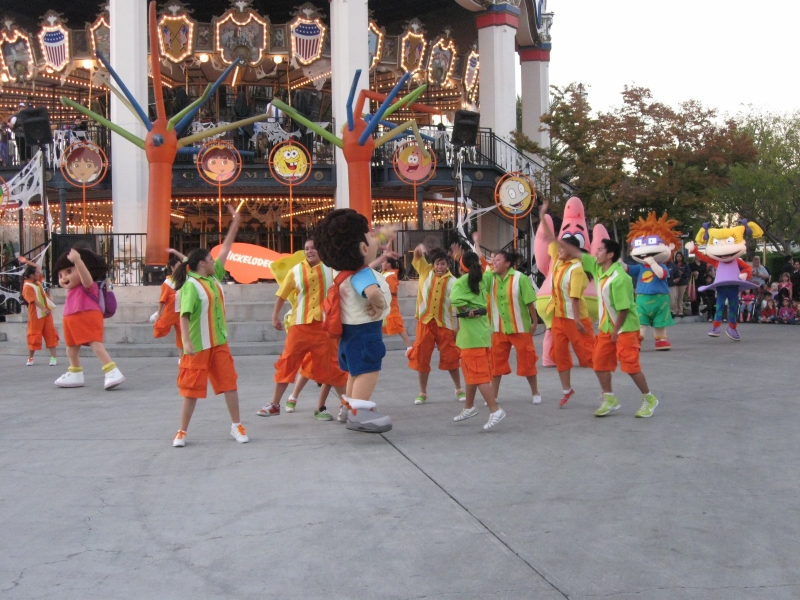 Who said team work cannot be fun?  Sure looks like they are having plenty of fun dancing to me. 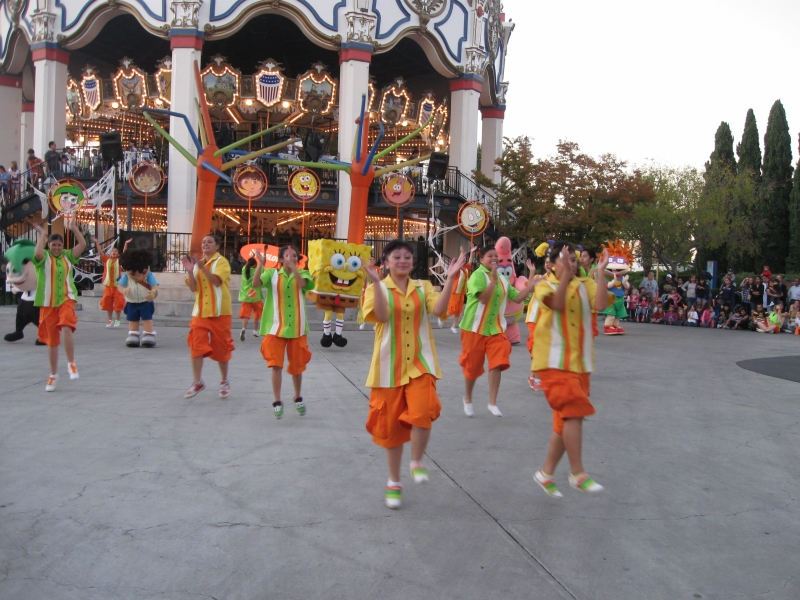 Then the performers begin to circle the setting and get every one to make the noise of their favorite animal. 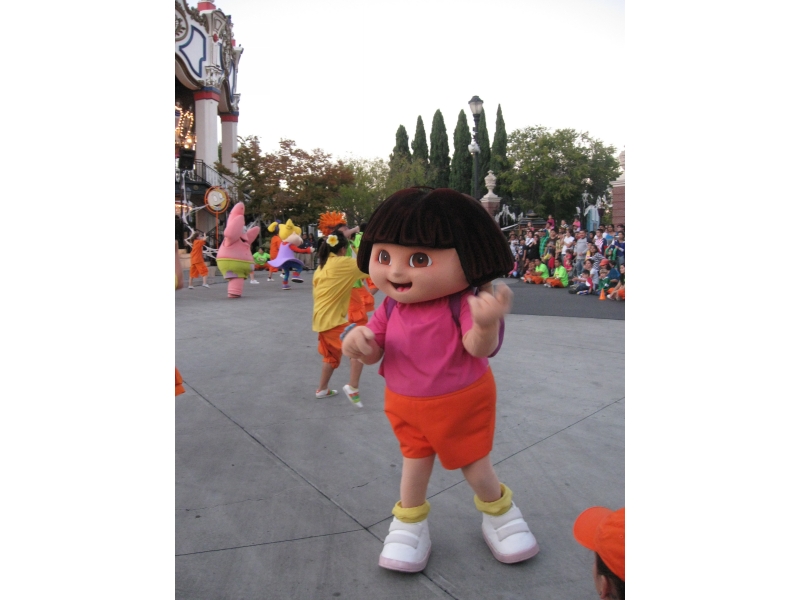 After Diego, it is Dora’s turn to pump up the action.  She encourages everyone to dance along! 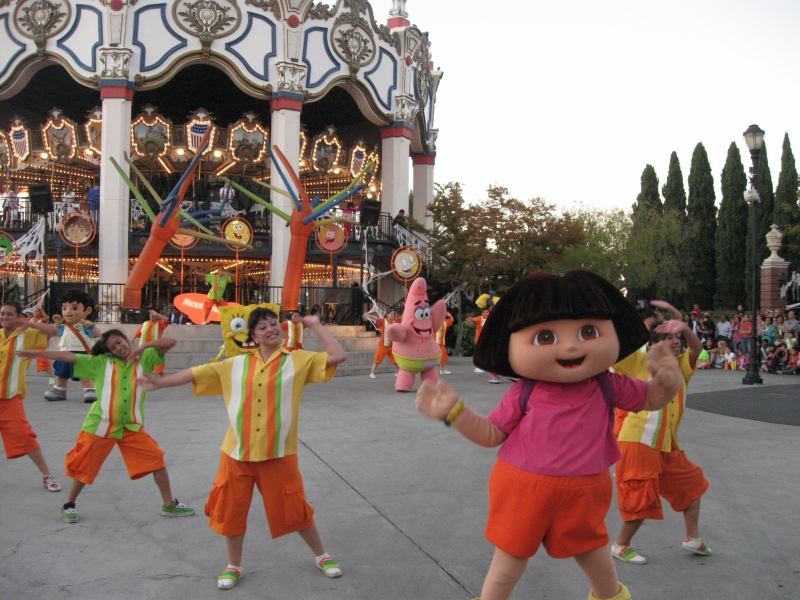 The performers did a truly amazing job of keeping the energy extremely high the entire show.  Not once did I think to myself ‘When will this show end!?’ 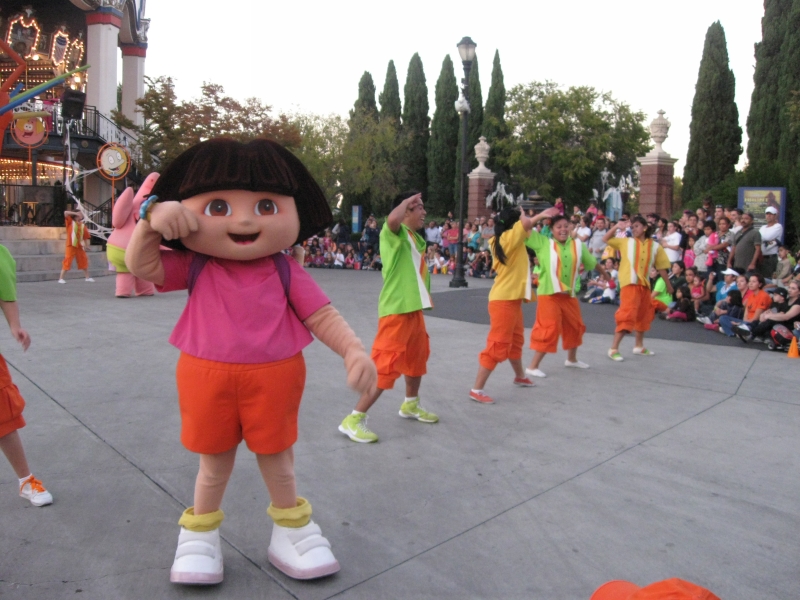 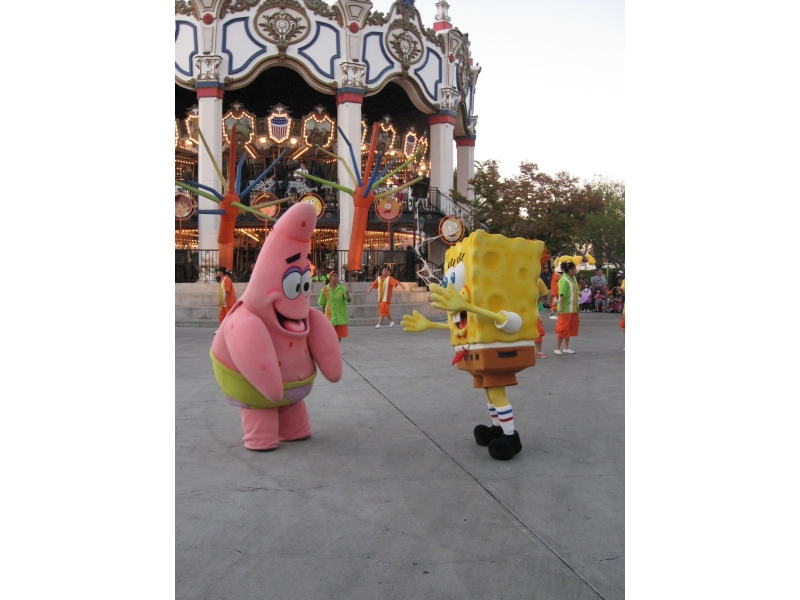 Its Spongebob’s turn and he has a very special announcement to make…. 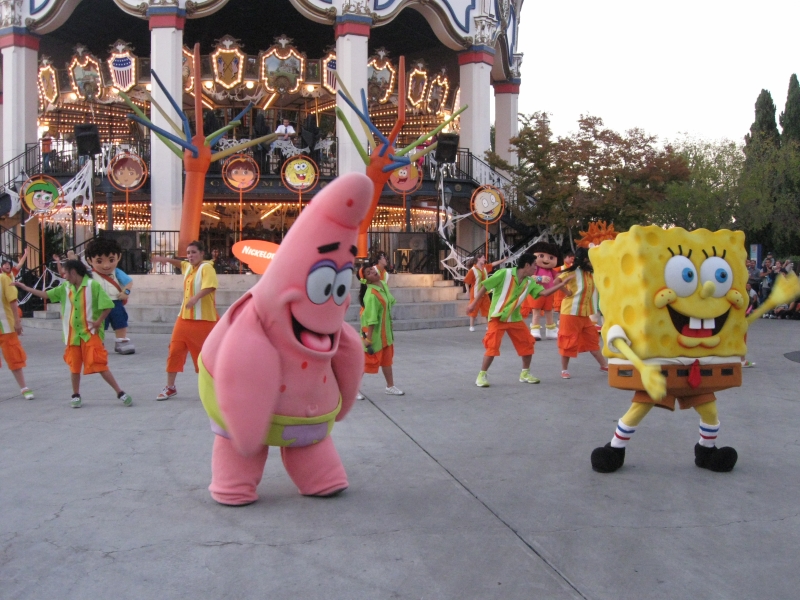 Spongebob is employee of the month! 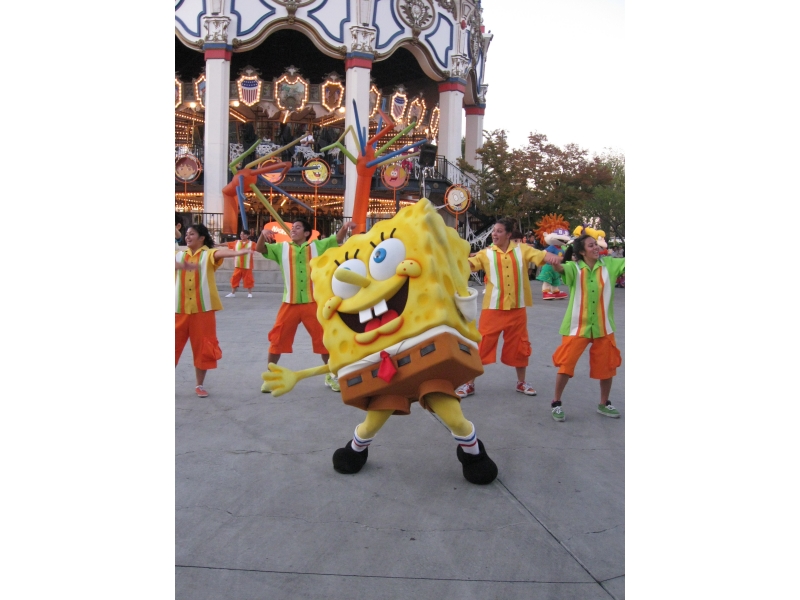 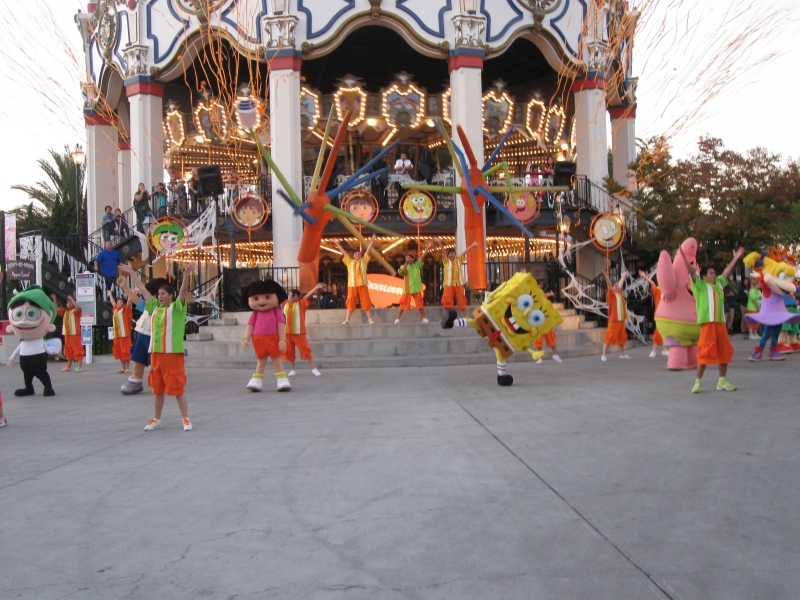 The finale is a hi octane dance marathon where all the characters gather around to do one final blow out before guests come and meet out.  Don’t forget streamers for a spectacular finale.

‘Meet the Nicktoons’ is a superb show that attracks a huge audience.  It is very sad to see these characters leave because they bring a certain vibrance to the park that Snoopy characters simply cannot do.  Their energy, their friendliness will all be missed.  I would like to thank the performers for putting on such a spectacular show for so long!  This closes the chapter on another great era.

Leave your comments and park thoughts below!