Holiday World’s Voyage, a Gravity Group hybrid wooden coaster, considered by many to be one of the best wooden coasters in the world will be doing away with its standard PTC trains, and replacing them with the new prototype ‘Timberliner’ trains that were introduced by Gravity Group at last year’s IAPPA Expo.  These trains are extremely similar to the famous ‘Millennium Flyer‘ trains found on all newer GCI wooden coasters that are known for providing a smooth ride.  The park’s president Will Koch stated that the trains will result in much less wear and tear on the track and, due to less friction, the ride may be even faster than before.

This is definitely a good move by Holiday World. The addition of the these new trains on a ride that is already considered one of the best will certainly make the ride truly claim its spot as the top wooden coaster in the world.

Concept art of the new trains: 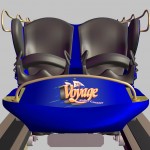 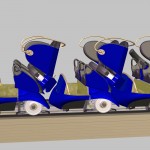 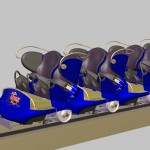 A video of the Timberliner trains testing for the first time on Holiday World’s own Raven roller coaster.