Posted on November 15, 2009 in Uncategorized by Justice
0 Comments

November 1st, 2009 meant the final day for California’s Great America’s 2009 season and Park Thoughts was there to say farewell to the park, and more importantly the wonderful Nickelodeon characters that would be leaving the park forever. 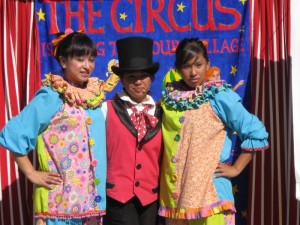 Planet Snoopy will take over both the Kidsville and Nickelodeon Central areas of the park.  Kidsville’s main show, The Backyard Circus, would also be having it’s final showing today so I decided to check it out. 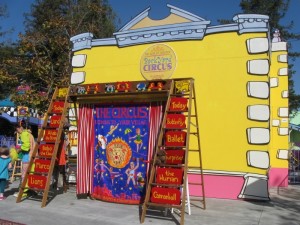 The show consists of three actual performers, then dozens of cast members selected from the audience.  The selected cast members get to dress up and be part of the world’s greatest Backyard Circus.  While the show is certainly no showstopper, it is a cute and entertaining show where children get to be a part of making it very popular. 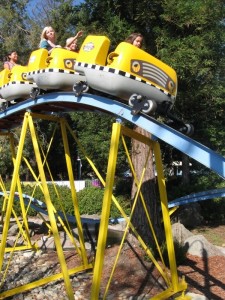 A coaster just for the kids, Taxi Jam, will most likely be re-painted and re-themed next year to be incorporated as part of the Planet Snoopy area. 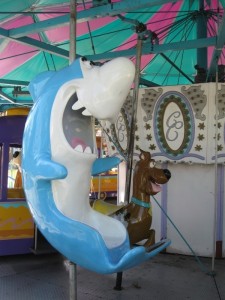 One of the great things about the Kidsville area is that it showcases many characters that have been off the air for decades now.   All of the characters in the area are older then children who ride these rides. 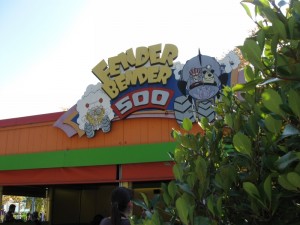 While Kidsville be made for young children, it is also a place for parent’s and adults to relive their childhood memories with some of their favorite Saturday morning cartoons. 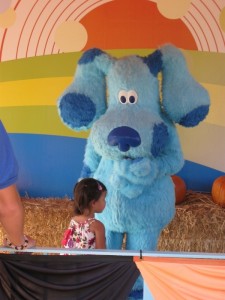 Across the midway in Nickelodeon Central fans are saying goodbye to their beloved Nick Toons characters. 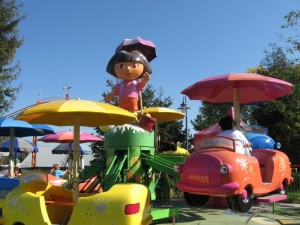 Dora was delighting guests on her last day at Great America. 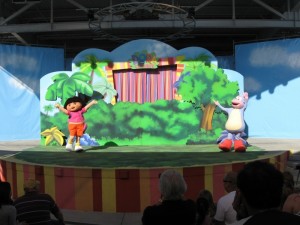 The Dora Live Stage Show was also celebrating it’s final day at Great America.  It is probably one of California’s Great America’s most popular shows behind Meet the Nicktoons. 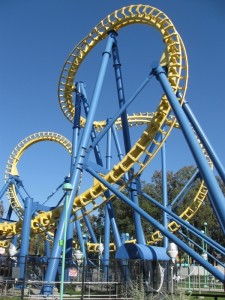 Back over in the rest of the park, Invertigo continues to sit dormant after it’s accident this past summer that left a full train load of riders stranded.  Now the only thing that lies here is the track.  The cars have been removed and minimal work appeared to be happening on the attraction with only a ladder in the station marking any sign of construction. 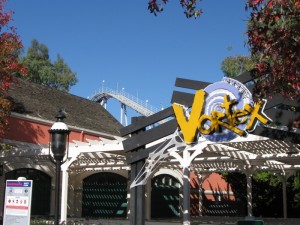 Vortex had absolutely no line at all during my visit.  The row that was not available was the front row with all the other rows being totally open. 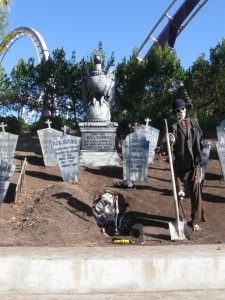 The Halloween Decorations were still up since it was only one night after the final Halloween Haunt.  It is very interesting to take the time to soak in the atmosphere of the Halloween decorations when you aren’t being chased by a evil zombie! 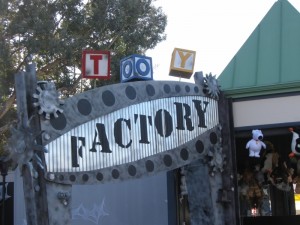 Speaking of Halloween, the day allows for a great look at the terrific marquee for the new for 2009 Toy Factory maze.  Toy Factory is what I would call the most creative maze in the entire park. 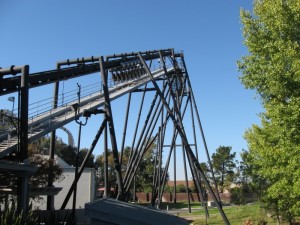 Flight Deck was running great on it’s final day of 2009.  Plenty of force and lots of fun. 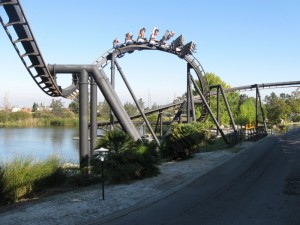 Great America’s near by lake provides for a terrific sensation of the helix of Flight Deck’s finale. 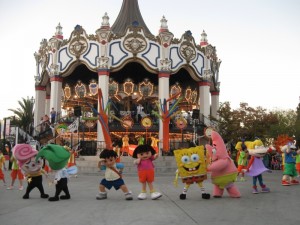 The day ended with the final Meet the Nicktoons.  Thanks for reading!  Leave a comment and park thought below.