Construction at the Magic Mountain 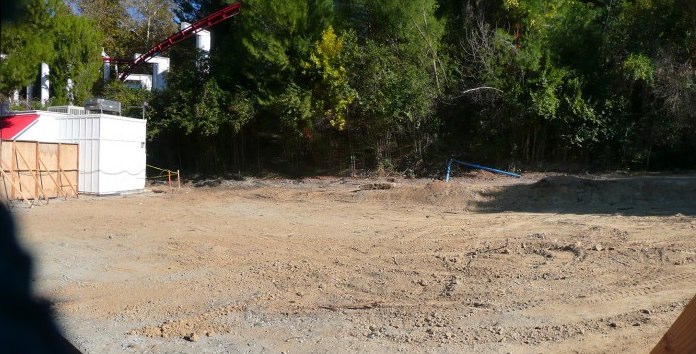 Picture by metrock of ThemeParkReview.com

Six Flags Magic Mountain recently announced that they will indeed be creating yet another roller coaster in 2010 following their success of Terminator.  The new attractions is described as family-oriented which is great for the park that is known for it’s thrills.  Luckily, this new offering is sure to offer some more fun for the family to enjoy at their visit to Six Flags Magic Mountain.

Valencia’s signature park is open all around the year due to its very Californian climate so of course it is not easy for the park to keep construction quiet.  A member by the name of metrock at Theme Park Review recently took a whirl wind tour around the park and discovered some construction walls over at the base of the mountain near Ninja and Deja Vu, across the midway from Terminator: Salvation the Ride.  While land is still in the very early stages and all that has happened so far is land clearing, it does appear to be an awfully small plot of land but looks can be deceiving.

None the less, it surly does appear that htis new coaster will be an excellent addition for Six Flags Magic Mountain.  Leave a comment and Park Thought below.