First off, the biggest news is that “Thirteen” has been announced as the ride’s name. In my opinion doesn’t sound like a roller coaster name, but it’s certainly better than the rumored “Surrender” name.

Lot’s of information about the ride’s mysterious themeing was also reveled. The ride is clearly based around different fears and bad luck, from the name to the fact that the ride is built on an old cemetery/crypt. According to the park, the ride will be the first roller coaster to combine both physical and psychological fear.

The main piece of the ride’s themeing, a giant 46 ft. (14 m) tree trunk that will be placed on the wall of the ride’s building, has arrived. An interesting fact, the tree trunk was partially made of steel from Corkscrew, the roller coaster that used to occupy Thirteen’s site. This is a very creative way to keep a little bit of a lost ride in the park, hopefully they’ll somehow note this interesting fact around the piece so that all of that extra effort doesn’t go to waste. 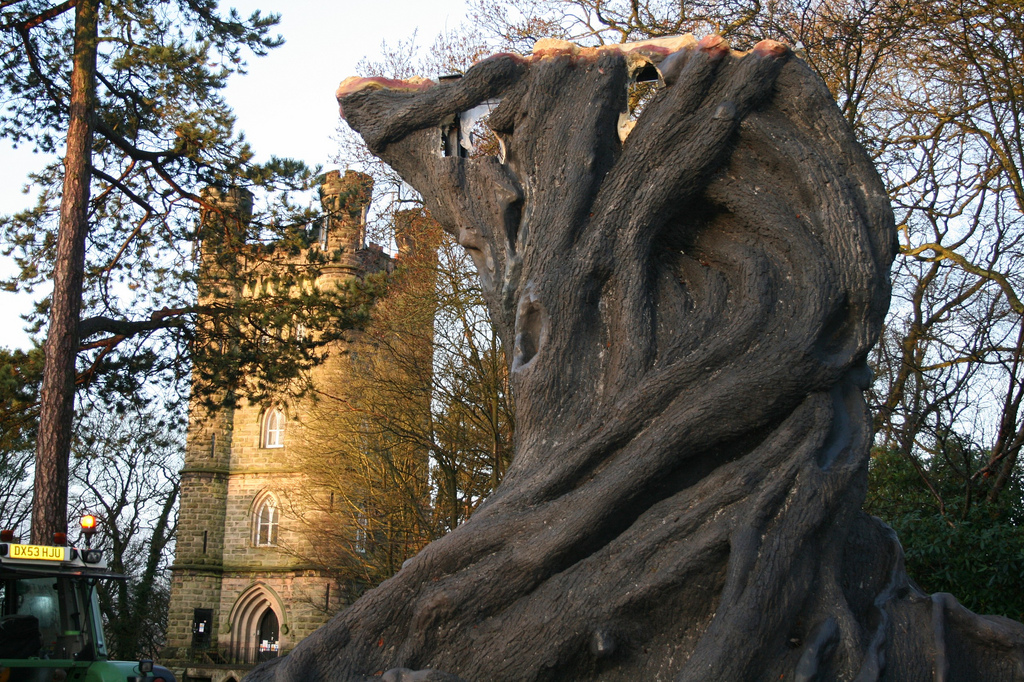 Another note, the unique Intamin ride type being used for Thirteen has now been named a ‘psychoaster,’ obviously based on the fact that the ride will have features that produce psychological fear.

What do you think about this new information about Thirteen? Do you plan to ride it next year? Leave your comments and Park Thoughts!