Posted on January 24, 2010 in Uncategorized by Justice
4 Comments 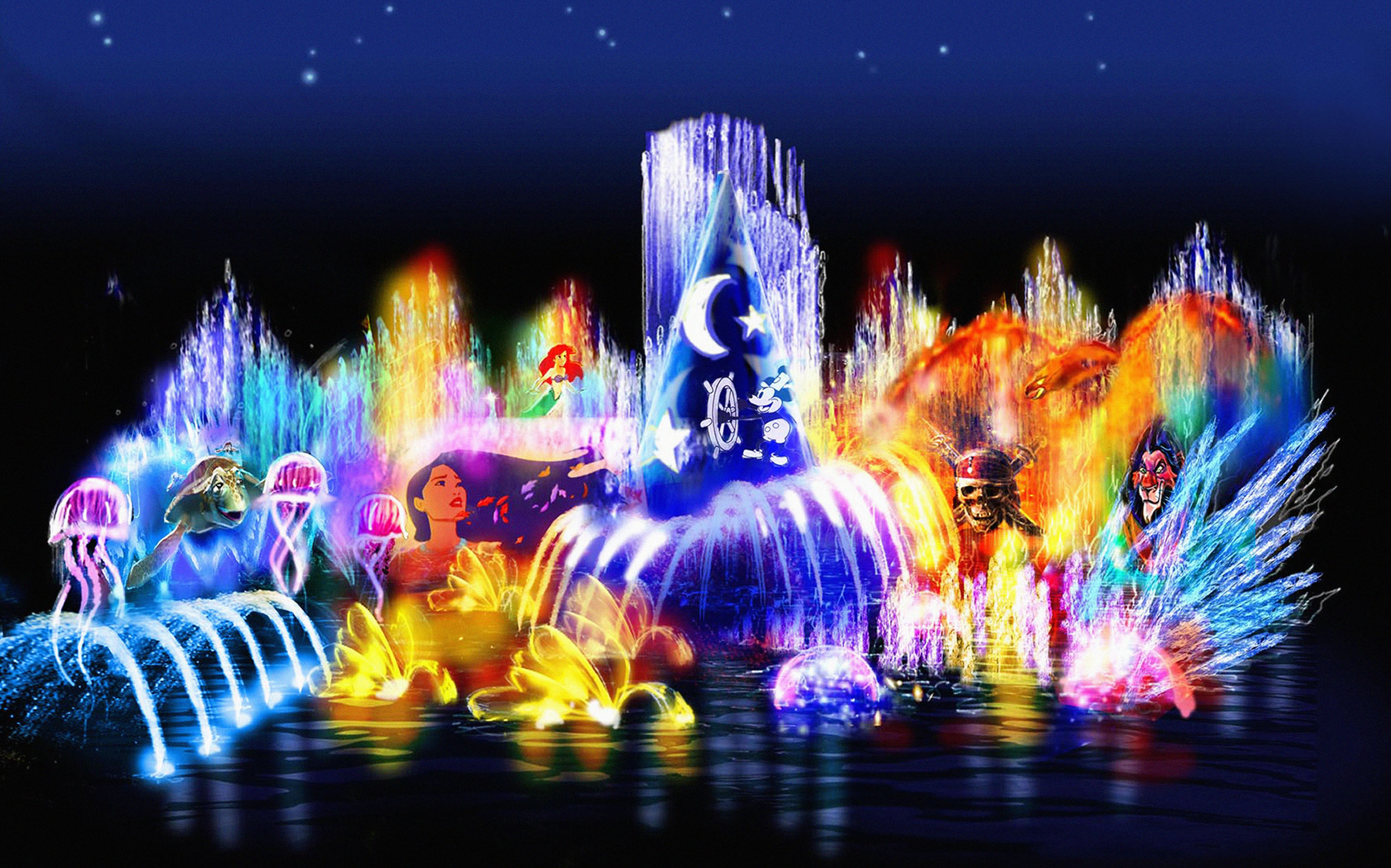 Disney’s California Adventure’s new nighttime spectacular, World of Color is getting closer and closer to its Spring 2010 opening.  Many videos and images have started to surface that show off the testing happening right now for the giant water show. 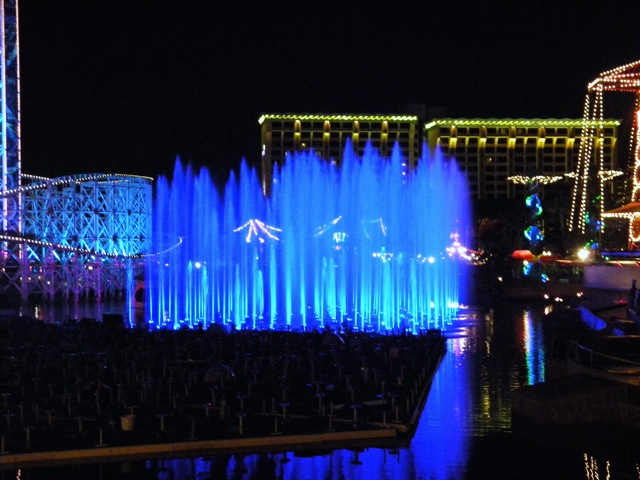 Pictured above you can see the park doing some late night testing on the fountains.  I believe this is actually 1/3 of the football field sized platform all shooting water at one time.  It also just shows to you how those thousands of LEDs can produce light brighter then just about any other fountain then any other theme park fountain in the entire world.  World of Color features somewhere between 600-1,200 and if all of them can do something this oustanding, then the new nighttime show may be worth the park admission itself. 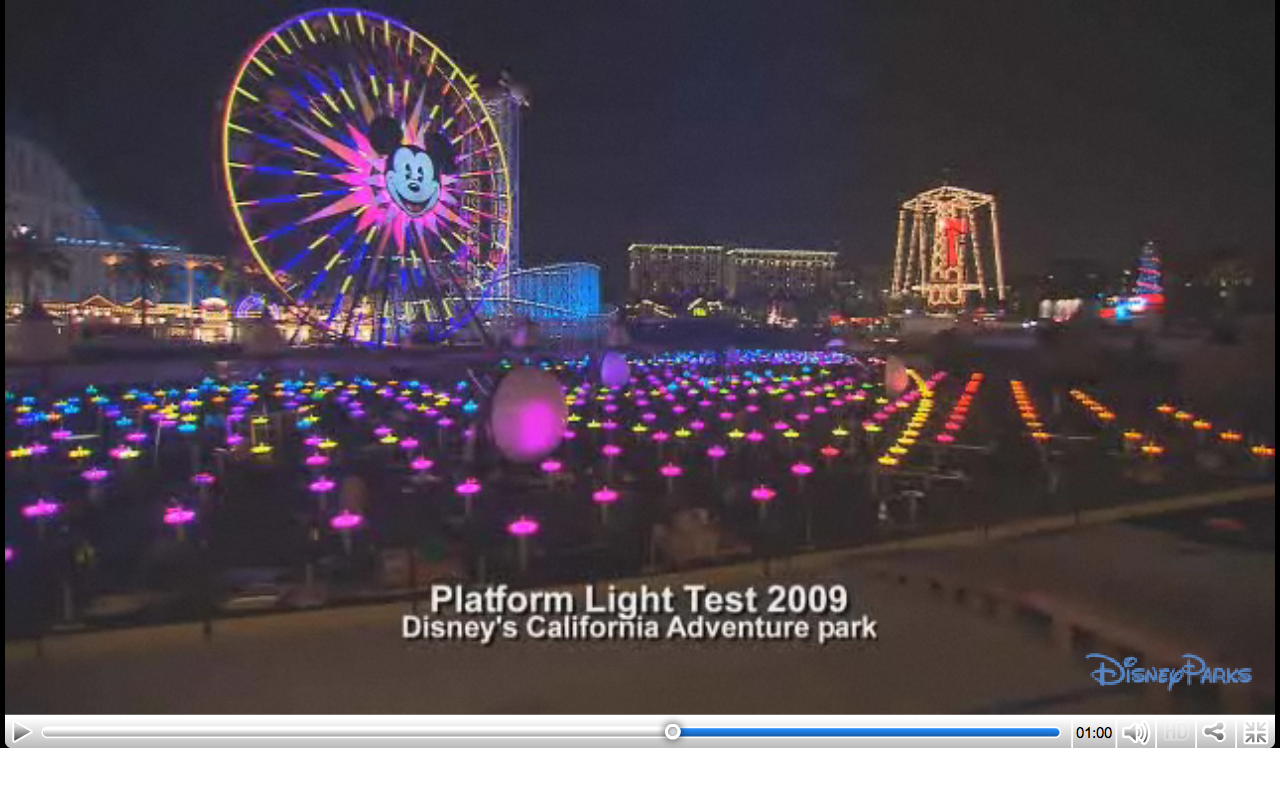 The Disney Parks Blog has posted numerous videos that have some great footage of the testing for World of Color.  Above we can see most all of the fountain nozzle LED’s going through a rainbow pattern.  The beautiful image above gives you a very vivid idea of just how large the platform is.

What is very interesting about this shot is that you can see the general layout of the water fountains and the placement from one to another.  World of Color is unique from just about every other water fountain in the world because it has a grid of water fountains.  However, it also has specific shapes.  In the screen capture you can see the front water wall that will be projected on to.  The water wall is towards the right and all of them are colored in bright yellow so it becomes very easy to see the soon to be “Wall of Water”. 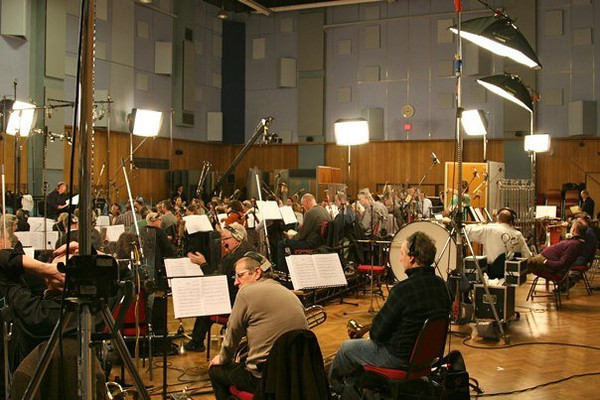 Just days ago, images came through of the London Symphony Orchestra composing the music for the Wonderful World of Color.  Steve Davison, a lead designer of the show, has noted that numerous famous Disney pieces will be used in the show.  Some of the songs will come from the Disney movies: Pocahontas, The Lion King, Beauty and the Beast, Fantasia 2000, and several other Disney classics.

The main theme for the entire show is actually the opening to the original “Wonderful World of Color” show that aired each Sunday night on ABC.  It can be heard here.  The remixed version, which has been used several times for marketing can be found here.

Dozens, upon dozens of short videos like this one by YouTube member Asianjma123 have appeared all over the internet.  All of them are pieces of the puzzle that connect to form an awesome nighttime experience.

If you want to see some short clips of World of color instead of digging through YouTube, finding only glimpses, then I highly recommend the fantastic DCA Tagged section of the Disney Parks Blog.

Well, that does it for this colorful construction update.  Do you think World of Color will be a good addition to Disney’s California Adventure?  Leave a comment with your park thought below.