Posted on February 6, 2010 in Uncategorized by Doug
2 Comments

When I was young I lived in Louisville, KY. I remember visiting the State Fair when I was at a very early age and seeing the soaring coasters of Kentucky Kingdom behind the fair’s midway. That’s where my love of coasters started. 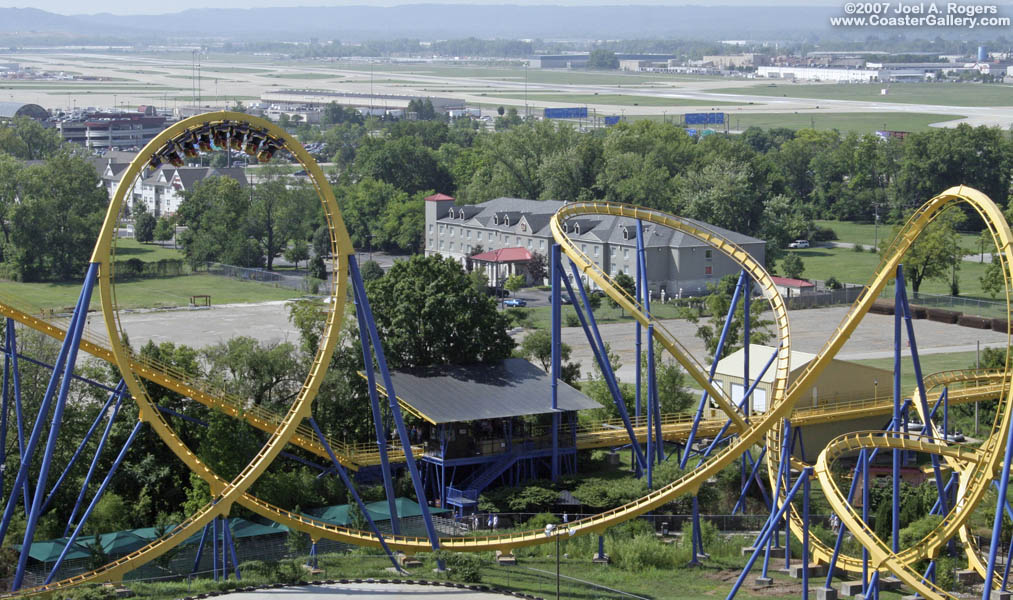 I started visiting the park when I was about six or seven years old. It wasn’t necessarily all that clean in some places. Some things looked like they had seen better days. I wouldn’t call it a wasteland, but it wasn’t fantastic. Most of the coasters, except Chang, were extremely rough. I did not spend most of my time riding the coasters. They were so awful that after one ride, that was all you could take.

The only part of the park that shined was Hurricane Bay. Hurricane Bay is where I spent the most time. This was not a dinky little in-park water park. This was a full-blown water park. The wave pool was simply massive. The tree house was huge. The kiddie area was not just a simple wading pool, but a whole area with slides and other fun features. The lazy river was long and peaceful. The slide tower had plummeting slides with great speed. Hurricane Bay is what saved the park from the wrecking ball earlier. There were still some very nice sections of the park. The area around Thunder Run was particularly nice. There were lots of trees and it didn’t feel like you were on a former parking lot. It’s a shame the rest of the park couldn’t be like this. If the park actually felt like a park, it could have been such an enjoyable place to go, even when it was 100 outside.

My last visit to the park was in 2004. It was the year they added “Tornado”, a ProSlide funnel water slide. The park was getting worse since I last visited in 2002. Many things were falling apart and had seen better days. The kid’s section of the park looked awful. The foam ball play area was pure dirt. I would not want my child playing in that dust pen. The coasters were worse than ever. Kentucky Kingdom was not the park I remembered.

Does this shock me that the park has closed now? Absolutely not. Do I think it’s a good move? In some ways, yes. Many know how Kentucky Kingdom has been a burden on Six Flags the last couple of years. No chain wants to have to deal with a park like Kentucky Kingdom when they’re battling bankruptcy. The fact of the matter was Kentucky Kingdom could not be save with a few improvements here and there. The whole park would need tens of millions invested. If the park would of stayed open, we would have probably seen the Amusement Park drizzle away into just the Water Park. That’s where the visitors go. They don’t have any reason to spend their time in an Amusement Park where all the rides give you bruises.

Before I close this, I want to say a thank you to Kentucky Kingdom for you’re the reason I got into coasters. You gave me enjoyment throughout the summers I lived in Louisville, and it will be sad that I can’t make a return home to you. I don’t want the entire park to be remember as the park built on a parking lot, so I leave you with this picture that captures one of the better spots in the park… 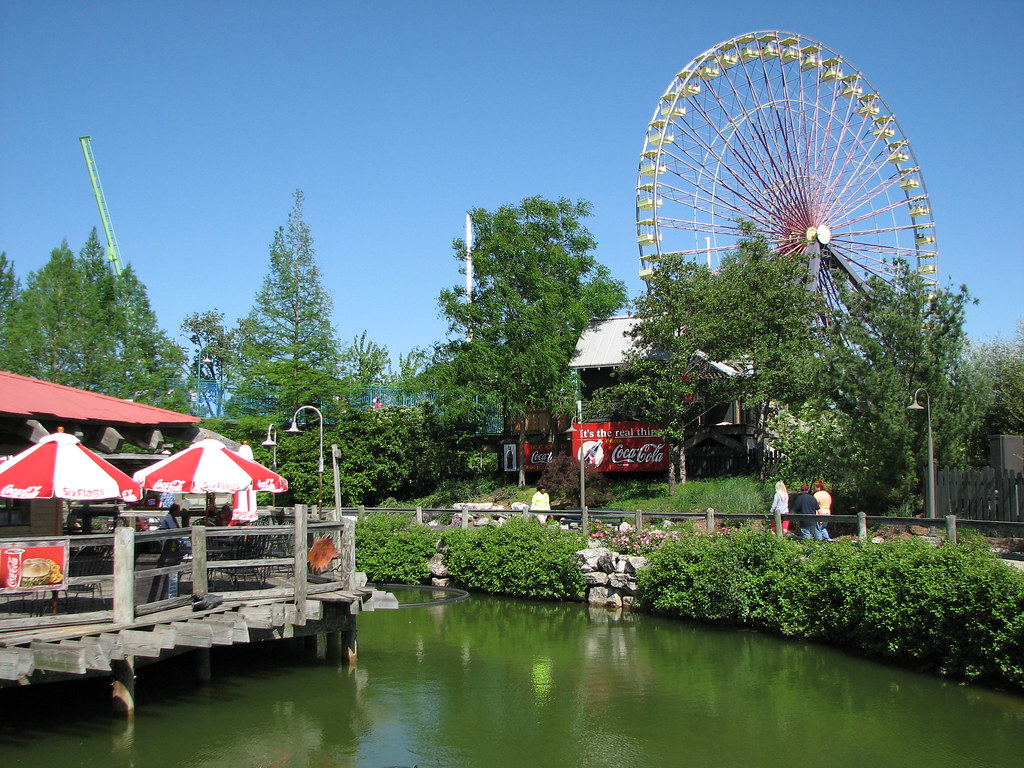 One of the nicer looking sections of the park, photo by Roller Coaster Philosophy.com