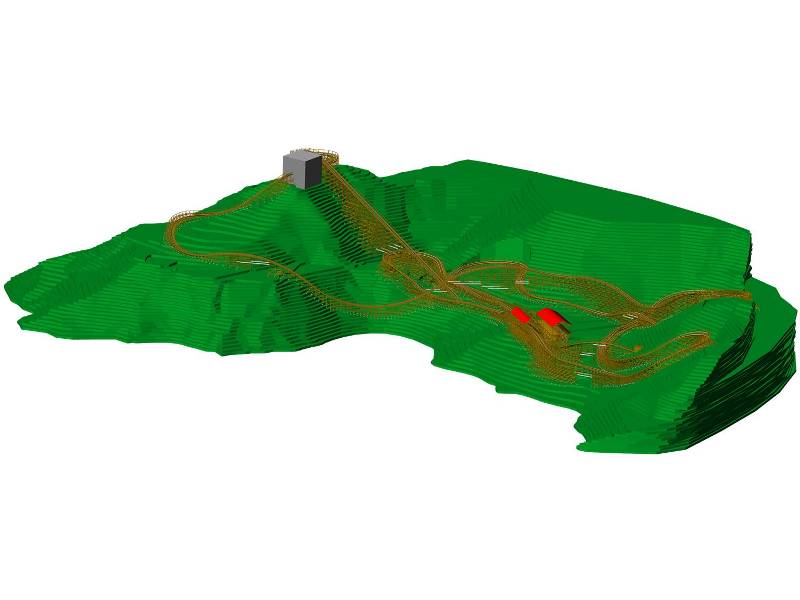 China seems to get all the fun stuff, first a new 4D Coaster, and now a huge GCI terrain coaster.  Yes, GCI made the big reveal today after playing mind games with the coaster enthusiast world.  Opening this season at Knight Valley in Shenzen, China will be an incredibly huge, terrain following wooden coaster.  Topping off at about 147 feet and reaching speeds just shy of 62 mph, the unnamed wooden coaster will easily be on the biggest creations that company has ever pumped out.   The track extends over 4,100 feet and the biggest drop will be a 131 foot plummet towards the earth below.  The new Chinese giant will be Great Coasters International largest creation to date.  While, the mammoth is the largest, it will of course feature some of the company’s signature elements: the station fly-by, the twisting layout, and the airtime inducing hills.  One of the best parts about this ride, is similar to Prowler, another GCI creation that opened in 2009, the coaster will be in a dense forest, meaning riders will have no idea which way the track twist next.

I have to say I am becoming quite jealous of China.  Are you?  Leave a comment with your Park Thoguhts below!