Posted on March 14, 2010 in Uncategorized by Justice
2 Comments 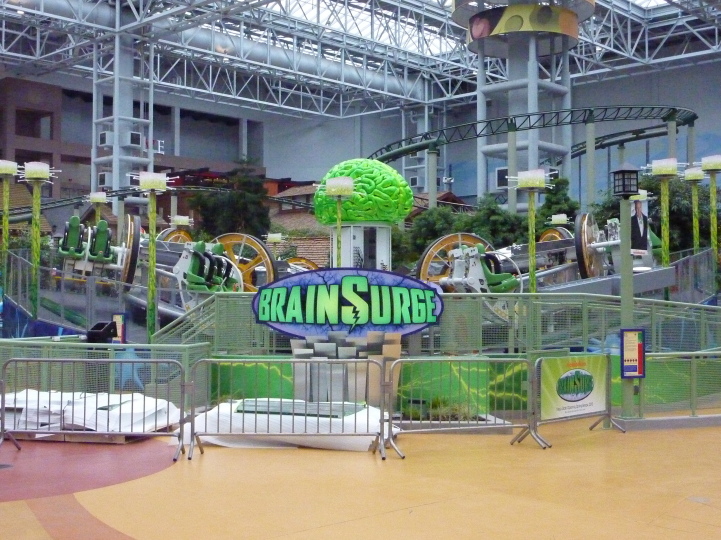 Nickelodeon Universe continues work on their brand new UniCoaster.  This new Chance Morgan creation will be the first of it’s kind and is arriving to Mall of America’s indoor theme park in just a few months.  Riders will be able to control how much they spin on these new flat ride/coaster hybrids meaning a ride on this can be anything from gentle up and downs to dizzing flips and twists.

Construction appears to becoming to an end as the ride gets ready for testing.  Officially called BrainSurge, named after the the new Nickelodeon game show, the ride is on course for it’s Spring Break 2010 opening.  Included with some of the theming of the ride, is a bright green color scheme with a huge green brain in the center of the ride.  The UniCoaster has just found it’s first home and with it’s compact size and low cost, it is sure to find many more in the coming years.

Check out the rest of the pictures from Valley Fair Zone here.