World of Color: The Review

After years of design and construction, earlier this year, Disney finally unveiled World of Color, Disney’s latest spectacular performing nightly at Disney California Adventure.  Featuring fountains, fire, lasers, and lights, Disney characters come to life in ways never before imagined.  Accompanied by a terrific sound track, the show is the complete package.  It is something that we have not seen from Disney in a very long time.  It both is innovative and creative and brings together all elements of a good show.

The waters of Paradise Pier is home to a water spectacular known as World of Color.

Fountains spirt up tiny droplets of water, as a rendition of a modern version of “The Wonderful World of Color” begins.  The world is a carousel of color; a single fountain rises with the first line, followed by a full rainbow of fountains.  The following segments are filled with Disney characters.  Then my favorite moment of the show is when all hundred upon hundred of shoot up into the night sky in a terrific spectrum of color. 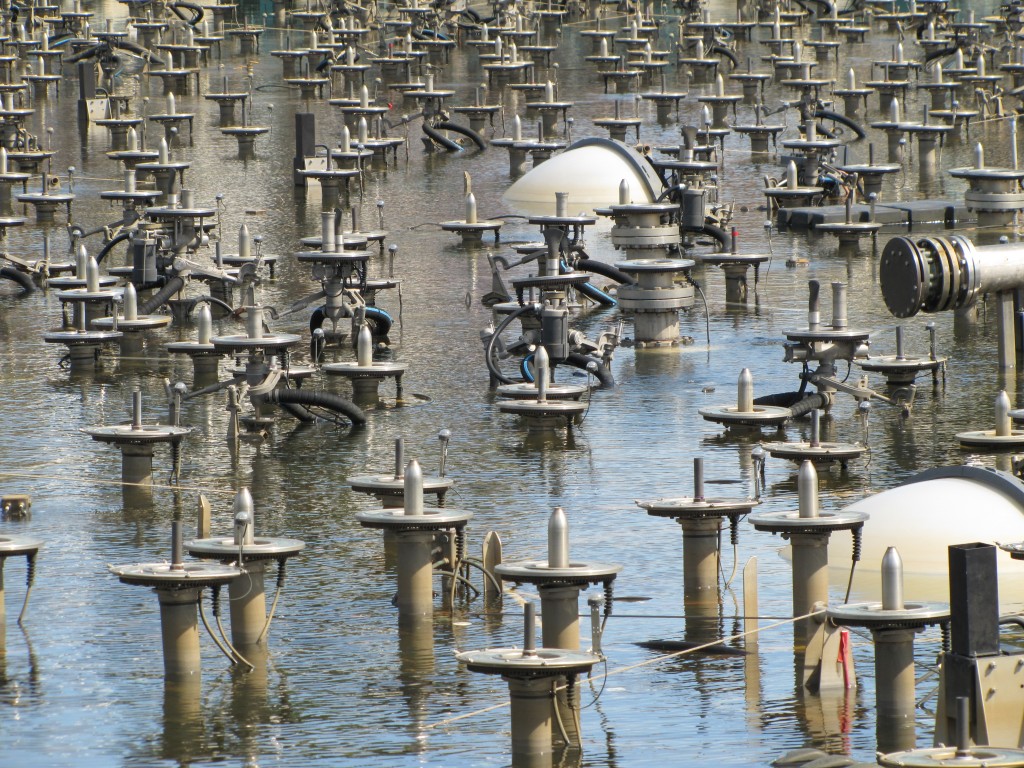 Hundreds upon hundreds of fountains were installed over the past 2 years to support the show.

While I do not want to give to much away, let me just say that this show is awesome, and not the overtly used meaning, but truly aw-inspiring.  What the designers are able to do with water is simply breath taking.  Going into the show I do not know what I was expecting, but this wasn’t it.

The show’s creators discovered that you could project on just about any kind of fountain.  This made for an incredible experience with terrific effects.  Another great aspect of the show is the use of lasers.  The lasers are not just used as in Fantasmic! Or Remember…Dreams Come True, where they are straight single beams.  No.  In World of Color they are incorporated into the show, such as rolling water, transformations, and even landscaping.

Perhaps the most fun part of the show is the Buzz Lightyear scene.  Beginning with an argument between the now house-hold names of Buzz and Woody, Buzz prove he can fly and then goes into full out space ranger mode with a battle against the evil emperor Zerg.  Watch the video above to get an idea of the scene.

Here is the both emotional and fun Aladdin portion of the show. It features two songs, ‘A Whole New World’ where Prince Ali and Jasmine take a spectacular trip over our colorful world, and ‘A Friend Like Me’ where Genie takes over Paradise Lagoon in this fun filled number.

The show concludes with a spectacular finale filled with lasers, lights, fire, and color.  Over all this show is a must see.  Is it a perfect show?  No, there are somethings that could be changed and re arranged, but it is certainly something that Disney fans love to see, creativity and innovation.  After years of relatively no new technologies, this show is on such a massive scale that it gives me goose bumps.  I highly recommend seeing this show as it is worth your time.  Overall I give this show a 8.5 out of 10.  An excellent midway point in Disney California Adventure’s growth. 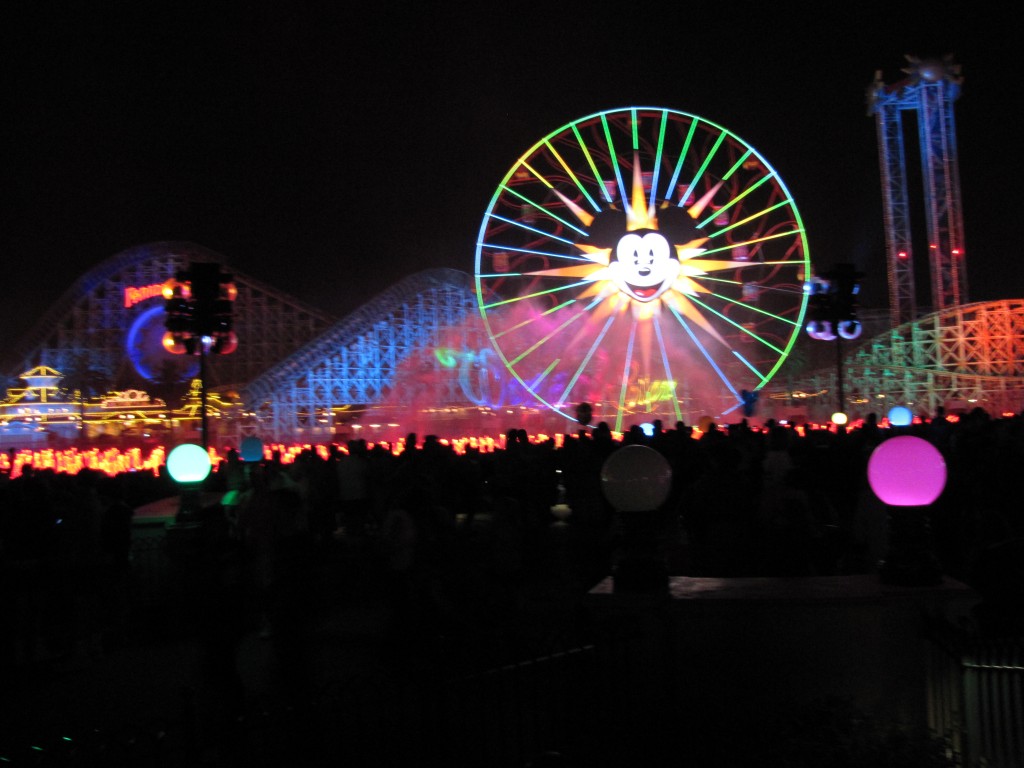 World of Color in its current form is a solid 8.5 out of 10. Nice job Disney!