Planet Snoopy for All!

Dorney Park's Planet Snoopy will be a replace the current Camp Snoopy area.

At Dorney Park, Planet Snoopy will replace the current Camp Snoopy section of the park.  The three and a half acre section of land will re-theme nine rides, add seven rides, and also introduce a brand new Peanuts Showplace Amphitheater, a Snoopy Boutique, and a Soda Pop Shop.  In an effort to create a strong relationship between the Peanut characters and park guests, the park plans to hold several scheduled shows in the new Peanuts Showplace Amphitheater, as well as many opportunities for pictures and meet and greets.  Planet Snoopy at Dorney Park is estimated to cost $8 million. 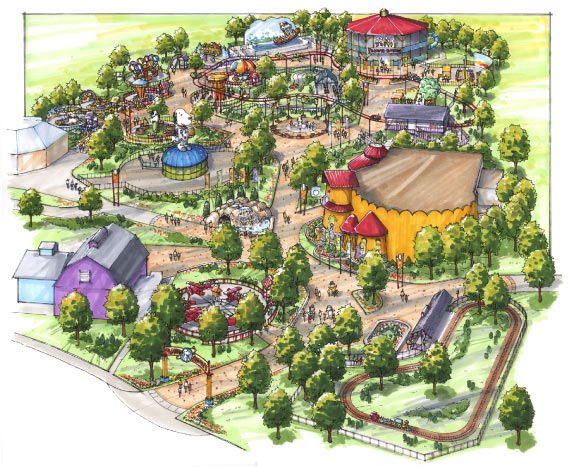 Like Dorney Park, Worlds of Fun will be giving their Camp Snoopy a complete overhaul to make it themed to Planet Snoopy.

Worlds of Fun will also be adding Planet Snoopy in 2011.  While theirs will costs a significantly less $5 million to build, it will still feature many of the same offerings: more than 20 rides and attractions, and a special Peanuts themed theater.  Among the new attractions are a cars and trucks ride, a spinning tug boat, and tea cups.  Worlds of Fun also introduced a special Snoopy appearance program where the Peanuts gang can attend schools, churches, and other community events for meet n greets.