Posted on August 17, 2010 in Uncategorized by Justice
0 Comments 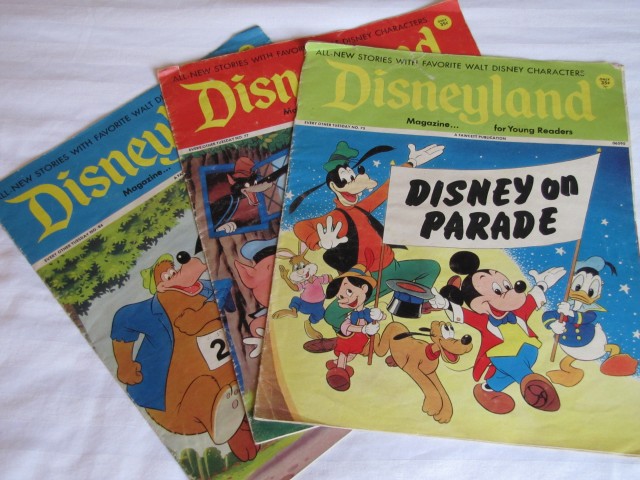 While going through some old family stuff, I found these 3 neat Disneyland magazines!  These classic Disney magazines feature all sorts of tales and stories from popular Disney characters!  I believe these Magazines are from the 60’s and they were priced at just 35 cents for the time.  Check out this cartoon book style magazine designed for young Disney fans: 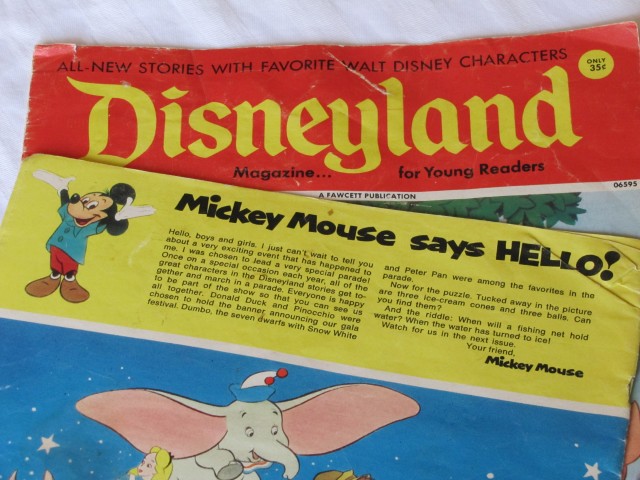 The back of each magazine has a feature titled "Mickey Mouse says HELLO!"

The cover of each magazines extends on the front and back.  On the top of the back cover, is a section called “Mickey Mouse Says HELLO!”  There Mickey greets his loyal fans and gives them a description of whats going on in the cover.  He also tells a riddle and announces the three hidden objects on the cover.

The bulk of the magazine are various short stories.  They are all basically extensions to Disney movies. I would not call them sequels as they don’t continue the movie’s stories but they put all of the Disney character in different situations.  The characters include Dumbo, Peter Pan, Snow White and the Seven Dwarfs, The True Blues and the Dirty Yellows, Donald Duck, Goofy, Alice in Wonderland, Jungle Book characters, Pinocchio and much more. 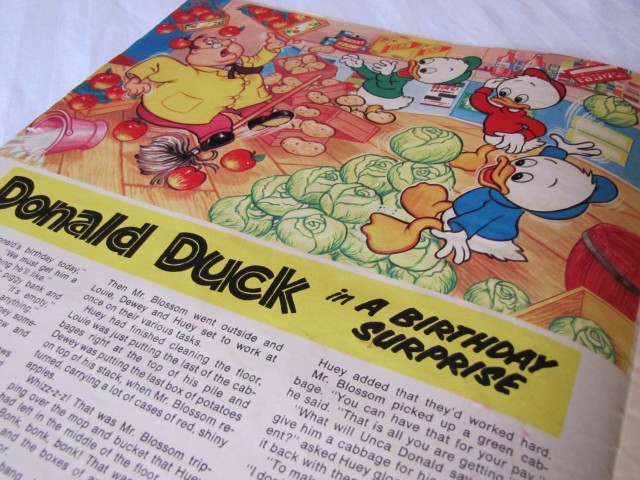 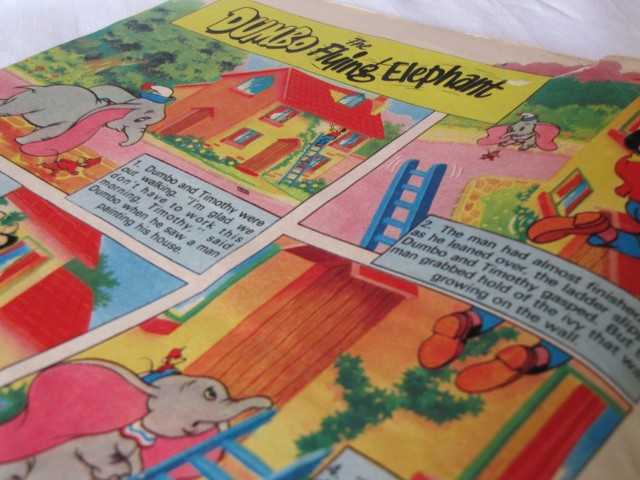 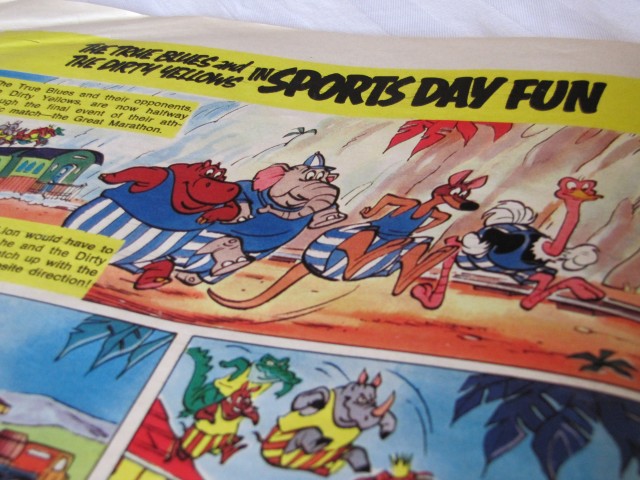 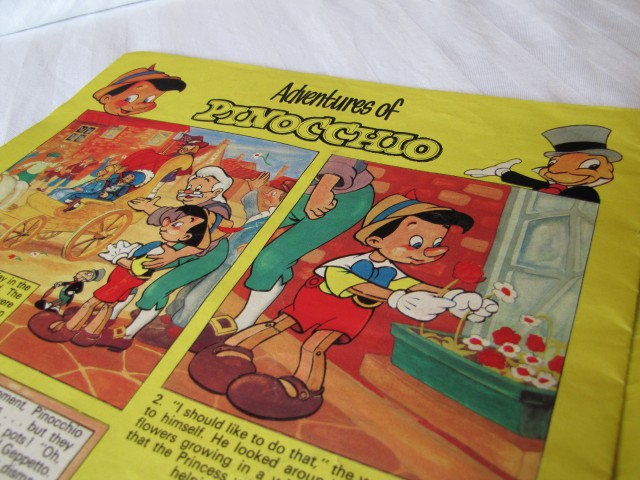 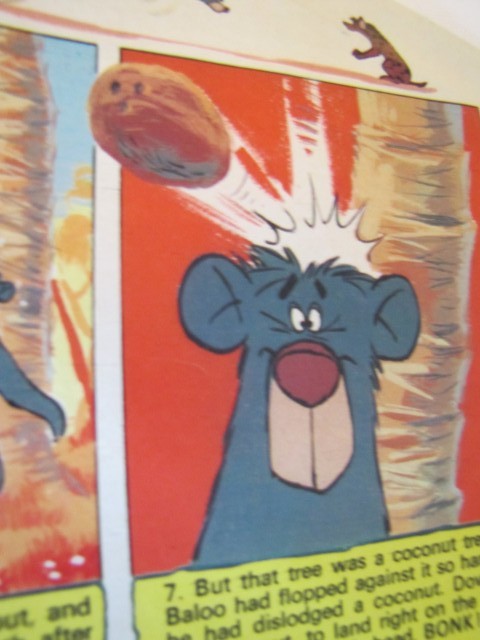 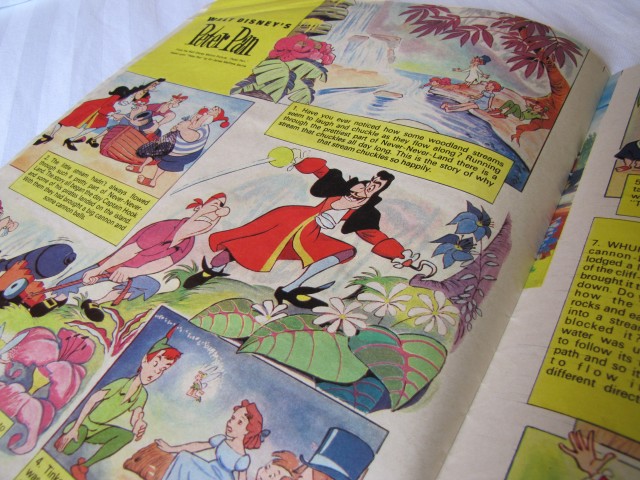 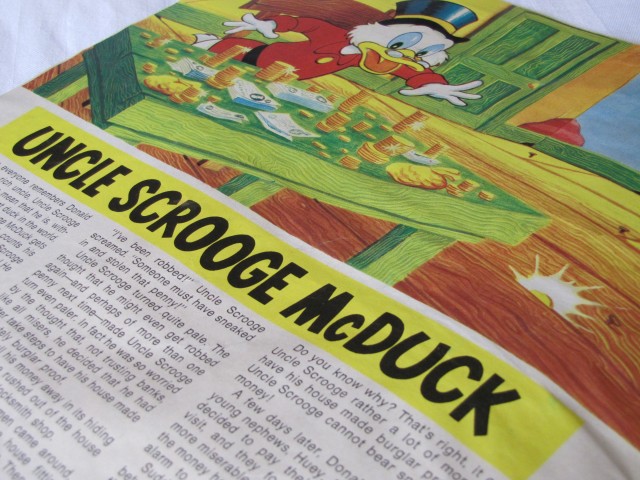 The magazine is a reflection of the old Disney, the one that didn’t totally change the essence of the characters to make a quick buck.  But to keep the characters relevant.  Finally we have all 3 magazines in their full covers. 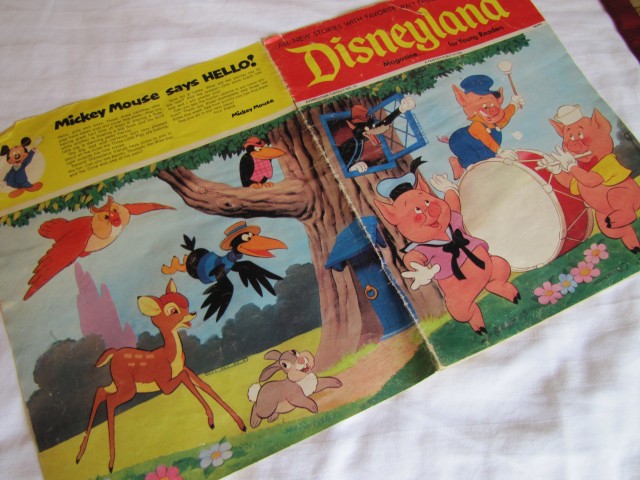 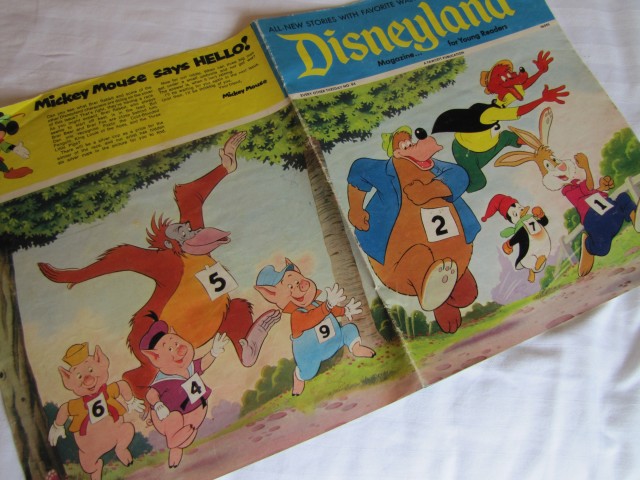 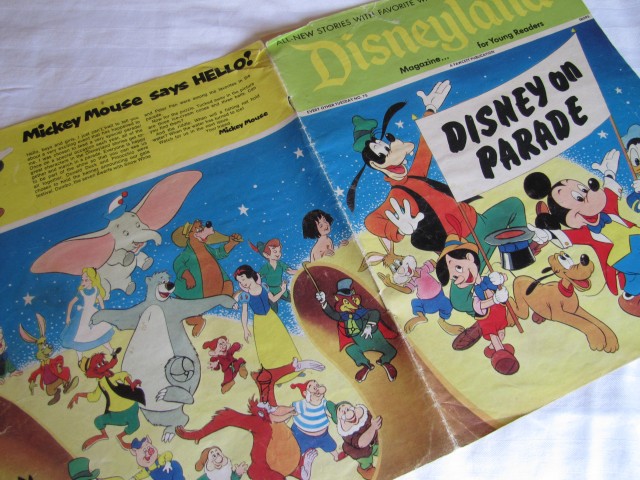