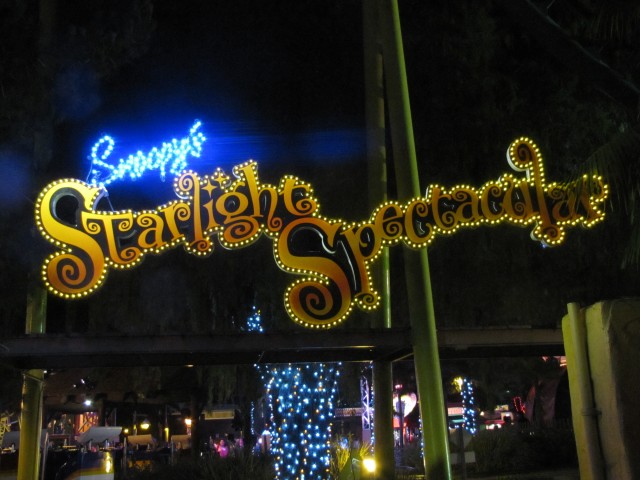 Introduced this past summer, Knott’s illuminates Camp Snoopy at night with Snoopy’s Starlight Spectacular.  A sight and sound extravaganza.  Lights drape from the trees and other objects in the area with 4 distinct areas.  The neatest aspect of the entire experience was the glasses that were sold to ‘enhance’ the experience.  When you put these on, all the individual LED’s showed up as either a star, snowflake, or heart.  Definitely worth the dollar I paid for them.  Here is a tour of the electric event. 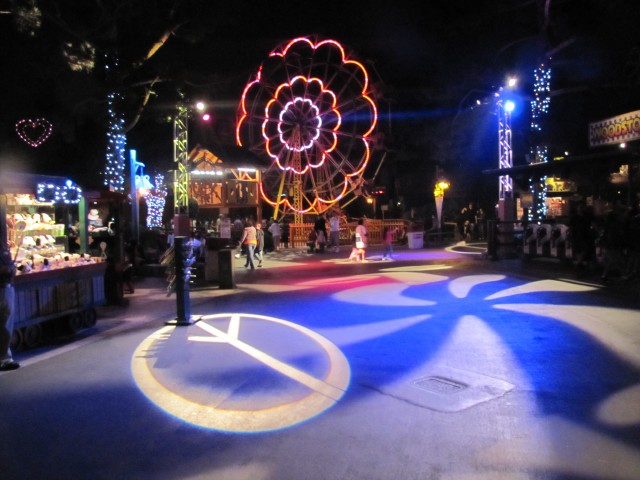 In Snoopy’s Starlight Spectacular, the end closest to the Mexican section of the park is dedicated to Sally and her 60’s Flower Power style! 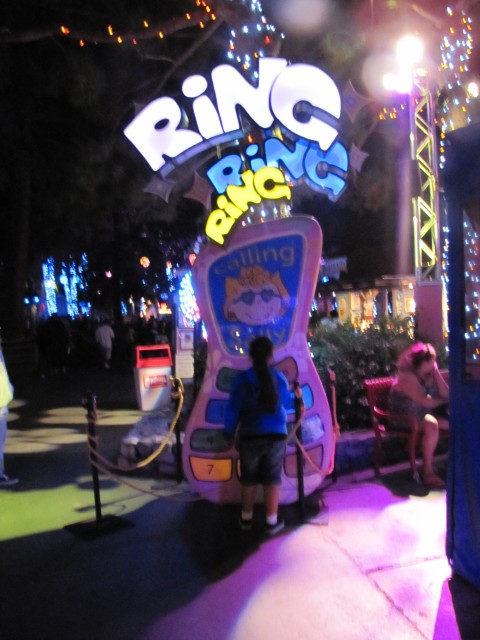 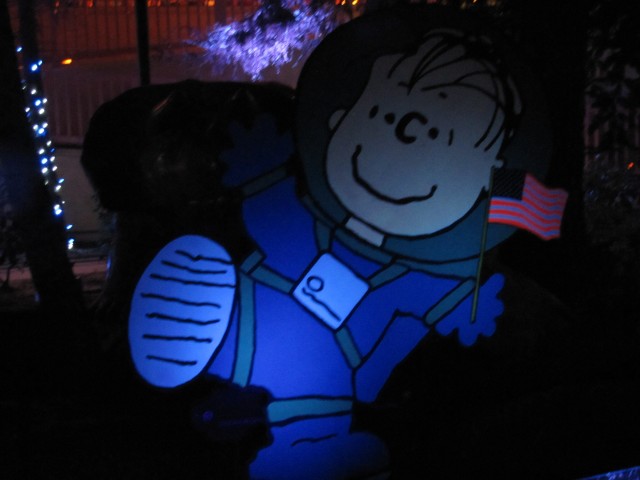 Following the Sally Flower Power section is an area featuring Linus and Woodstock as astronauts in space.  The area even comes complete with two green aliens and an LED animatronic space ship! 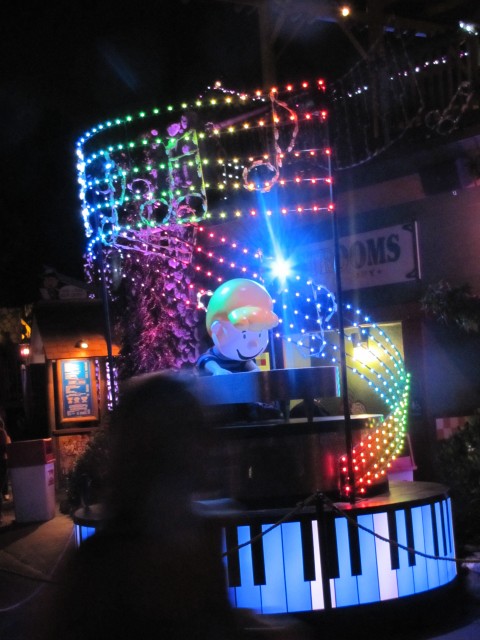 Schroeder with his famous piano playing skills plays away in his very own section of Snoopy’s Starlight Spectacular.  His area is located closest to Sierra Sidewinder and features various musical notes.  While I feel the lighting is the least impressive in this section, I do find the main figurine of Schroeder with the rainbow of LED musical notes to be one of the most impressive parts of the entire experience. 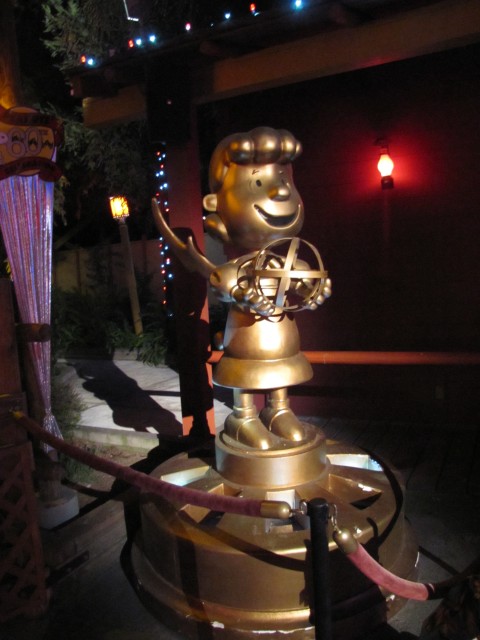 The section of Camp Snoopy closest to the entrance is centered around Lucy.  Its Lucywood, where Lucy Van Pelt is the star in the center of the universe.  This area features cameras with dramatic flashing effects, and the entire Peanuts gang dressed up or a red carpet premiere. 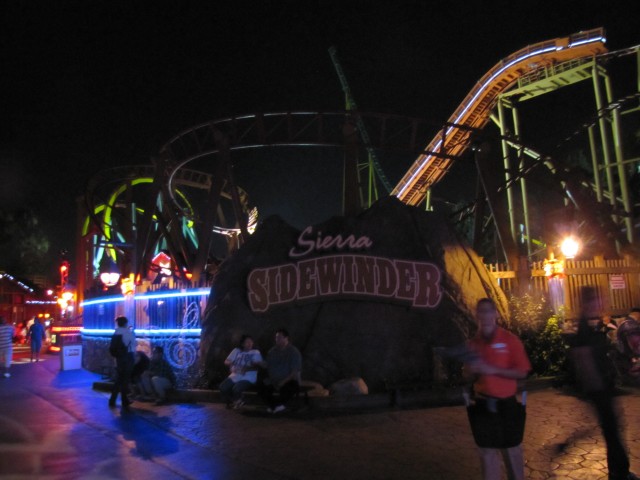 Sierra Sidewinder in the glow of the surrounding lights.

And now here is a grand tour of Snoopy’s Starlight Spectacular by video!