Posted on September 14, 2010 in Thoughts, Updates by Doug
1 Comment

Our first part of the series will be covering the coveted “Best New Ride” category. There were lots of new attractions this year. Cedar Fair drop down the Intimidator brothers at Kings Dominion and Carowinds, while Universal laid down the next generation of dark rides with Harry Potter and the Forbidden Journey. Only one could win… 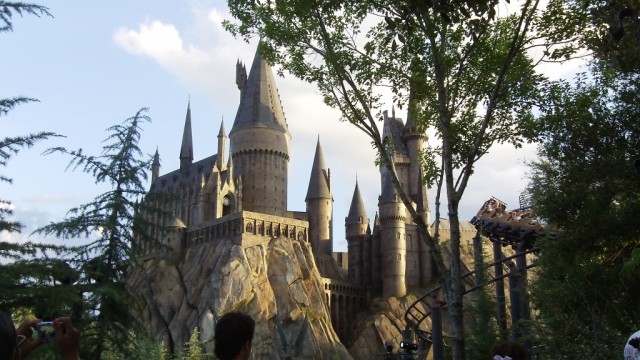 The winner of course was “Harry Potter and the Forbidden Journey.” Universal got the world’s attention when they announced The Wizarding World of Harry Potter. Some thought, and still think, it’s a separate theme park. In fact, it is one of the “islands” at Universal’s Islands of Adventure in Orlando. Harry Potter and the Forbidden Journey takes riders through Hogwarts along with Harry and the crew. The ride’s car system is the first of its kind. The “robocoaster” cars can flip and turn riders without the track changing a single angle. Similar to Islands of Adventure’s “The Amazing Adventures of Spiderman,” there are huge screens that riders actually go into where they interact with them. We won’t spoil the ride’s plot, but if you’re dying to know, it’s a quick Google search away! Harry Potter and the Forbidden Journey won with 24% of the vote. 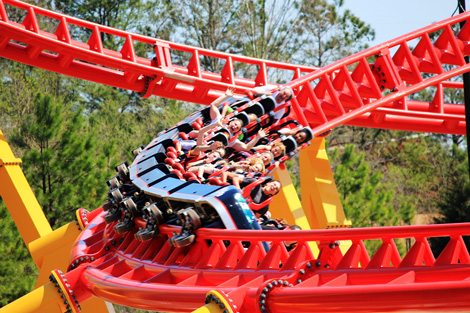 One of the most anticipated roller coasters of this year was “Intimidator 305” at Kings Dominion. When announced last year, some believed it had the possibility to topple Millennium Force’s crown. Well, they were wrong. Due to design issues, the trains simply charged through the small turns too quickly. The turns could only handle speeds in the 70s, and the train was roaring through at almost or more than 90 MPH. Intamin came in and added trims to the first drop, greatly reducing the ride’s speed. The ride does not reach full speed anymore, and there is no official number on how fast the train travels. Guesses are in the low 80’s or upper 70’s. But still, that is very slow for a ride that reaches 305 feet. Intimidator 305 was one of the biggest let downs, for coaster fans anyway. Intimidator 305 got 21% of the vote, and is ranked #11 in the world, just behind Top Thrill Dragster at Cedar Point. The “sleeper hit” of this year was “Sky Rocket” at Kennywood. This mean little launched coaster built by Premier made enthusiasts look twice. With quick inversions and turns, Sky Rocket maneuvered its way to become one of the Summer’s biggest hits. Sky Rocket scored 20%, just shy of tying Intimidator 305, and was also ranked #17 in the world, making it Premier’s first coaster in the top 20. 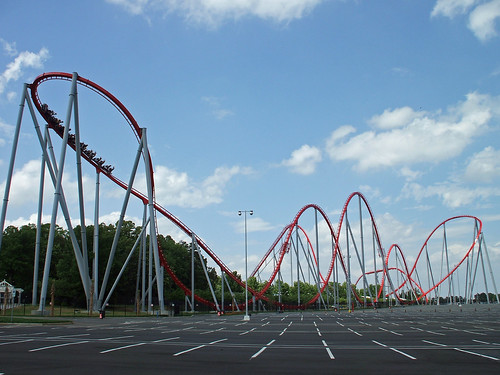 “Intimidator” at Carowinds, a B&M Hyper Coaster, only got 14% of the vote and came in 4th. Intimidator was only able to make #21 in the world, way behind its older brother, “Diamondback” at Kings Island which was #7. Intimidator failed to capture as much attention as its 305 brother up in Virginia. It should be noted however that nothing was modified on the ride! “Joris en de Drak,” Efteling’s new dueling GCI woodies tied with “Ghost Ship” at Morey’s Piers for 5th.

For the first time in awhile, a dark ride snagged the “Best New Ride” award. Usually the title goes to a roller coaster, but Universal easily came in and took it away. We didn’t see the introduction of any new top 10 roller coasters this year, so we can only hope to see some next year.

What are your thoughts on the results? Do you think Harry Potter should of scored higher or lower, perhaps even the Intimidator twins? Post your Park Thoughts below.