Posted on October 4, 2010 in Halloween, Trip Reports by Justice
0 Comments 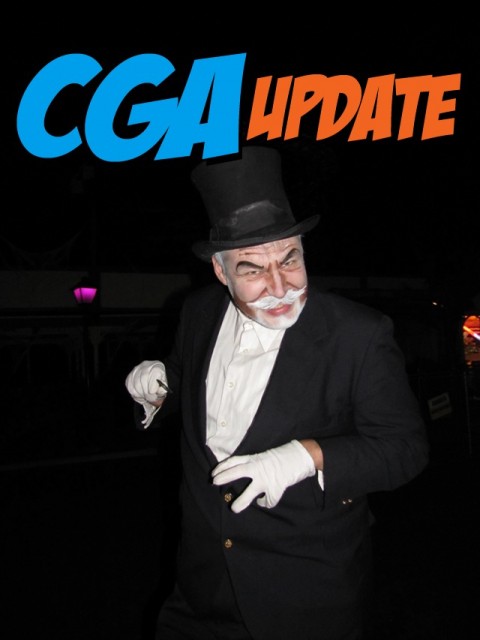 It’s october and that means Halloween is in full swing across the nation.  This past weekend was the first weekend for California’s Great America’s Halloween Haunt event featuring 6 mazes, 4 scare zones, as well as Black Widow Cavern, a scary version of Loggers Run.  This CGA Update is from October 3rd, 2010. 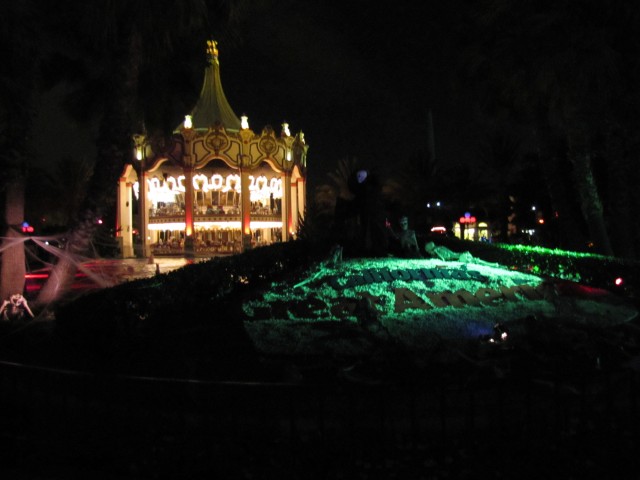 The iconic entrance decked out in Halloween decor.

If my memory serves correct, the first year of Halloween Haunt (2008), the park did Haunt on Sundays, while last year they didn’t.  This year Sunday Haunts have returned and not surprisingly, the park was dead.  All mazes had a maximum wait of 5 people.  Scare zones often had more actors than guests walking through. 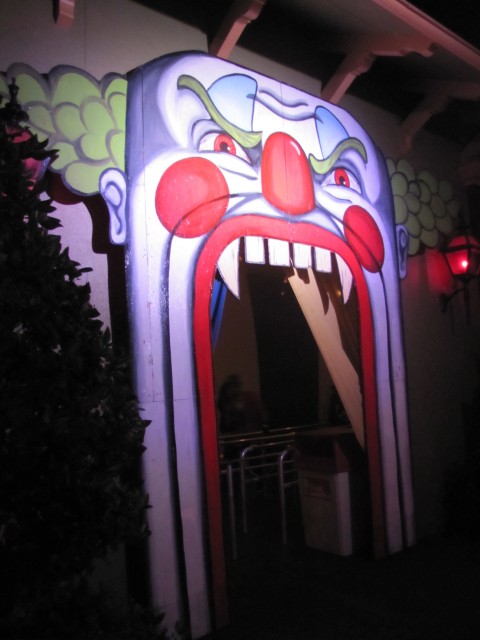 CarnEvil continues to be one of the strongest mazes.  Like all the mazes, there was definitely some spots where there should obviously be an actor, but considering the light crowds I don’t blame the park.  The biggest change in this maze was the addition of a booth tricking people into buying more of those nifty 3D glasses (which are worth the dollar bill.) 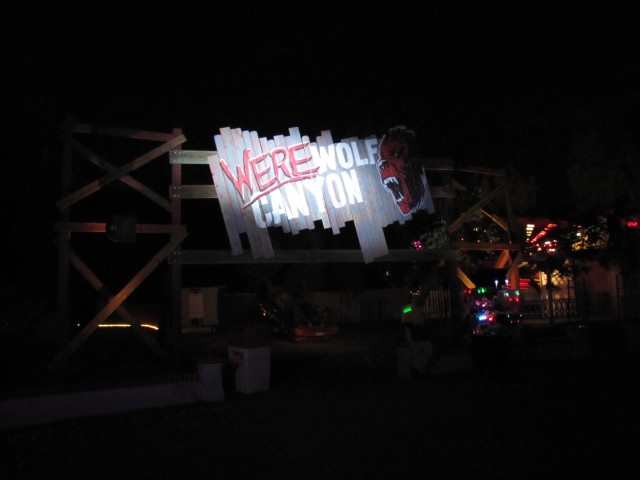 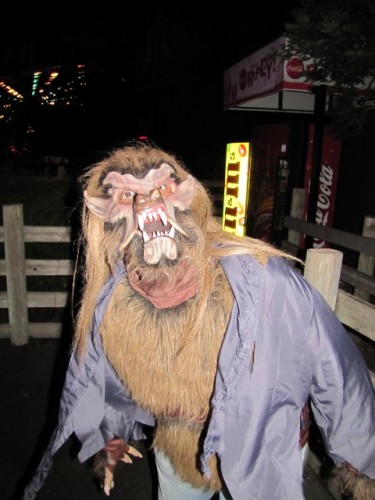 Werewolf Canyon is one of the more detailed mazes.  I enjoy it, but like Corn Stalkers, the 2nd half is very long with not quite as much going on as the other mazes. 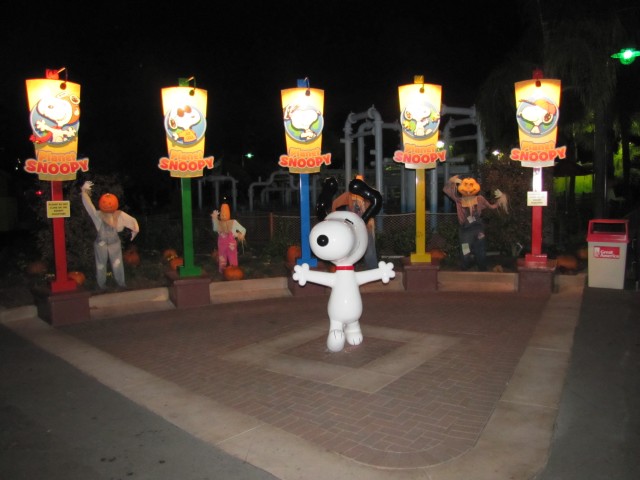 I’m lovin the scare crows in between the Snoopy banners.  Definitely fits well with the rest of Snoopy Plaza. 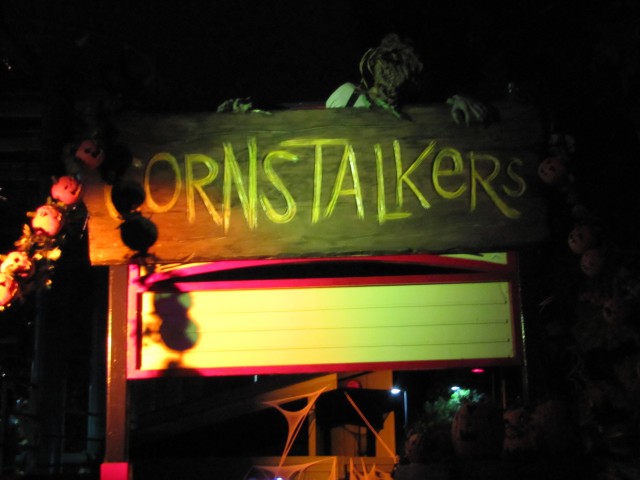 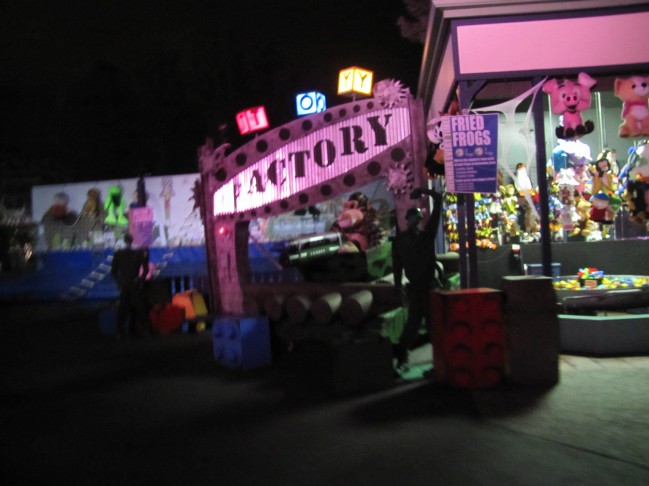 Toy Factory is by far the best maze of the night.  Tons of actors, and the creativity of the maze is outstanding.  Not to mention the incredibly catching song. “Here in the Toy Factory….” 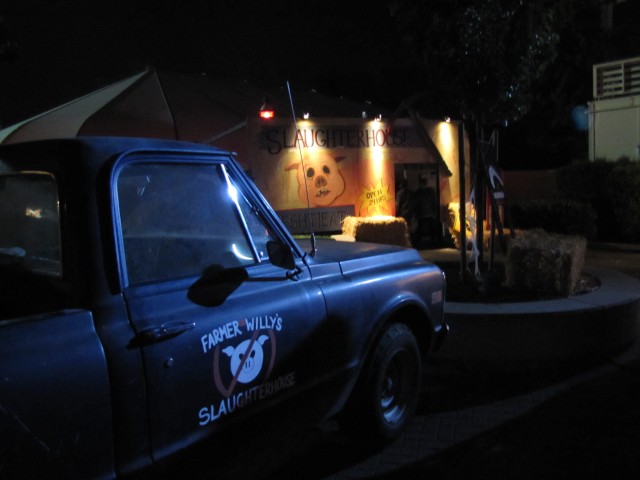 I am not a fan of Slaughter House.  The obnoxious music, the ridiculously unnecessary gore, and the theme is all a bit bleak for my taste. 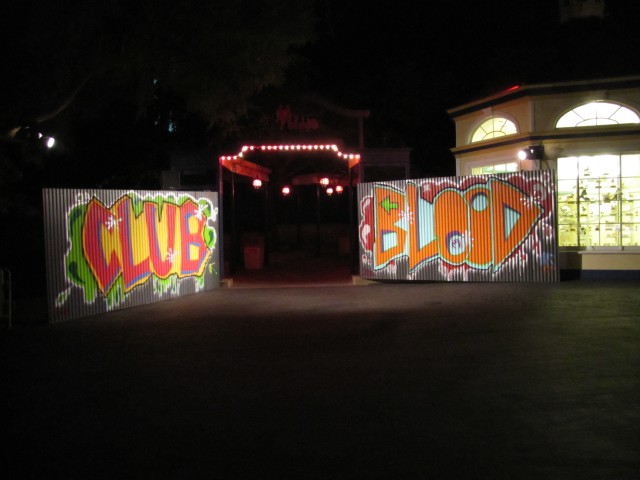 Club Blood.  For some reason, I liked it more in previous years.  I think this night the talent just wasn’t all the way there.

And now for some random scare-achter shots: 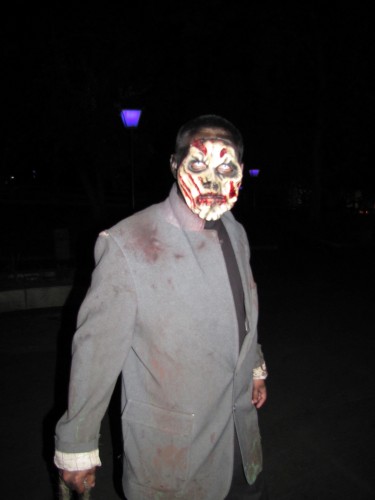 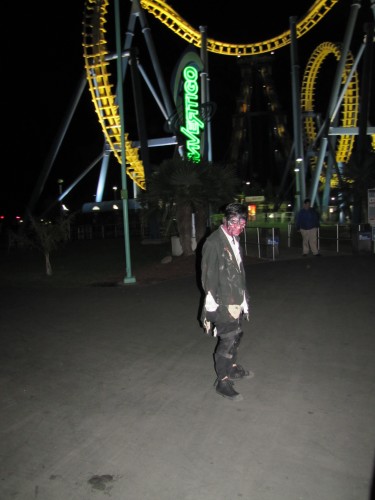 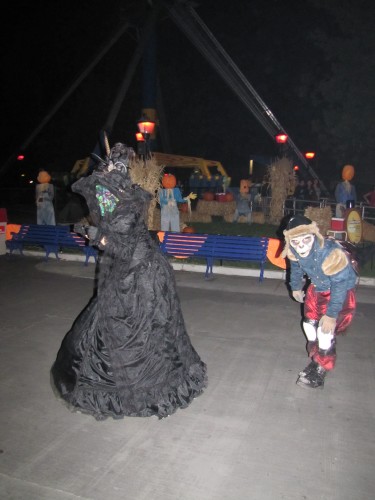 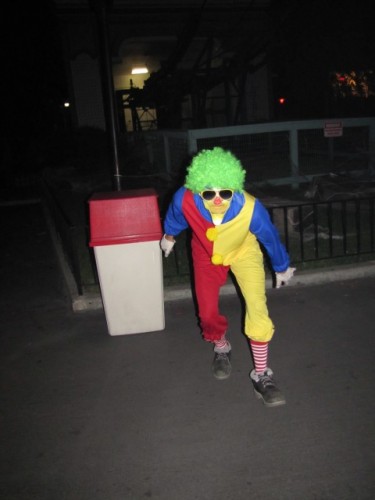 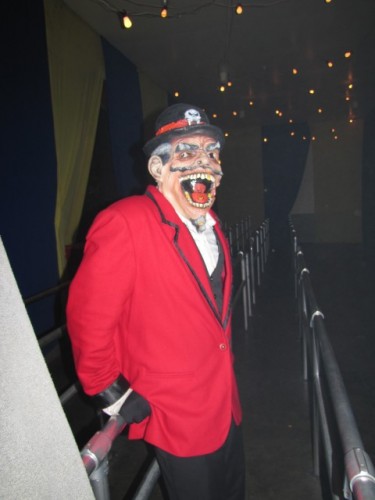 That’s it for this Halloween CGA Update.  Check back again for more!