Fire Breaks Out at Islands of Adventure 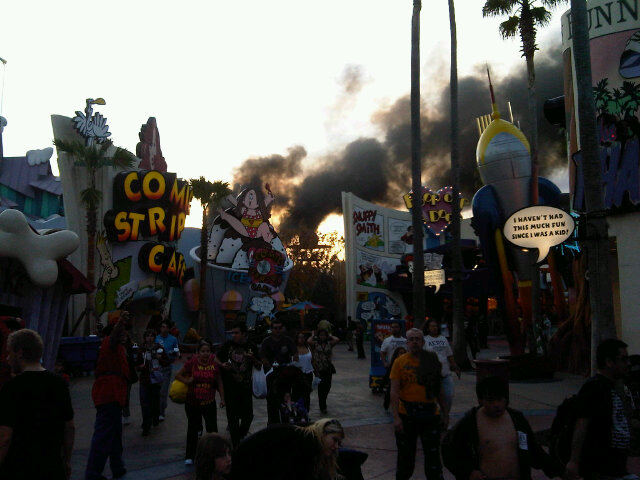 Guests at Universal’s Islands of Adventure in Orlando, Florida witnessed thick black smoke plumes coming from Toon Lagoon on New Years Day.  The popular log flume Dudley Do-Rights Ripsaw Falls suffered from a fire that reportedly put a hole in the roof and caused severe smoke damage to the attraction.  The crowded park was filled to the brim.  Hundreds, if not thousands of guests in line witnessed the fire.  One guests described the event:

“I was waiting at a ride and somebody said it was technical difficulties. They would let us know what would happen and then we saw this huge pillar of black smoke in the sky. They evacuated us from the ride and people were a little nervous. We were asking what was going on and they said they couldn’t tell us but that we would see ahead.”

A few guests were sent to the park’s first aid center but were later checked out.  Fortunately, no injuries from neither guests or employees were caused by the fire.

Read more about the incident here. 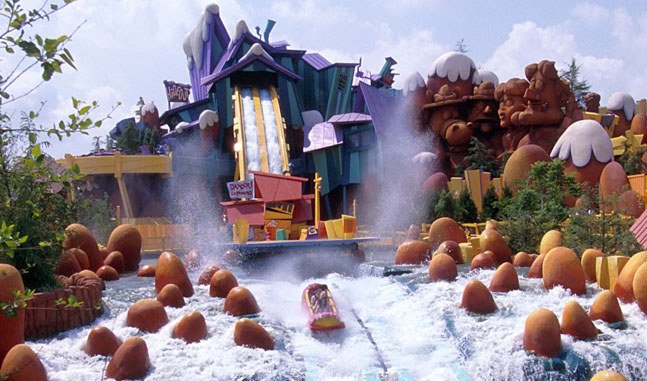 Dudley Do-Right’s is ranked one of the best water rides on the planet and opened with the park in 2001.  It’s elaborate theming and unique story telling has made it a guest favorite.  It is tragic to see such damage on such a themed ride.  If the fire did break through the rough, that could have greatly damaged the sets and track itself.  I’m sure it won’t be a cheap fix.  Hopefully the park is able to repair the ride to it’s original state in a timely manner.