Posted on January 6, 2011 in News, Updates by Justice
2 Comments

Ever since, Busch Gardens Williamsburg announced it will be adding a multi-launch coaster in 2012, the internet has been buzzing with rumors concerning what exactly the ride will be like.  Last night, the park’s local planning commission held a public meeting concerning the coaster.  The meeting revealed some new details about the ride.

The coaster will be a low to the ground, multi launch with a 26,000 square foot event building.  The coaster’s initial launch will go directly into the ‘event building’ which is expected to feature lavish dark ride style effects.  A good portion of the ride will take place inside this building.  The coaster will be using no lifts, only electro-magnetic launches.  The maximum height of the ride will be approximately 80 feet.  All of these have been designed to meet the noise demands of the park’s local neighbors, which are (at closest) 1,700 feet away.

We also revealed via Twitter the four proposed names for the new 2012 coaster: Revenge of the Black Forest, Uber Bahn, Black Forest Turbo, and Verbolten.  I am not a huge fan of any of these names, however, if I were to choose one, it would have to be the last, Verbolten.

For the full video of the planning meeting including presentations from Busch Gardens Williamsburg representatives, visit BGWFans.com 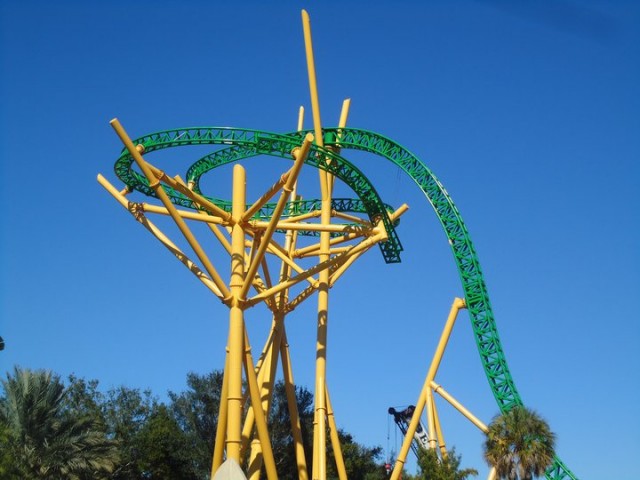 With Cheetah Hunt opening soon, I have to say that I am becoming very excited about this new coaster.  It sounds very similar to Cheetah Hunt in it’s low to the ground windy layout however much more heavy on the theming.

Remember to check back for more updates.