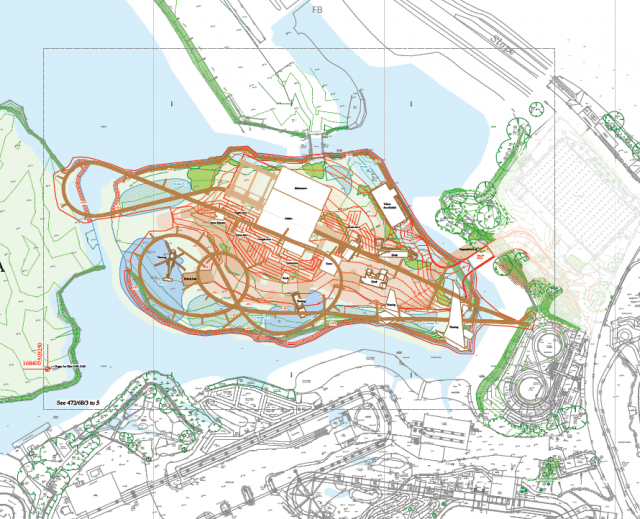 Thorpe Park has long been teasing at their new 2012 addition which has been going under the code name LC12.  The park submitted plans to the Runnymede Council, which were then released to the public.  These shots confirm that Thorpe Park will be adding a Bolliger & Mabillard ‘wing-walker’ style coaster which is similar to what we will be seeing at Gardaland with their B&M, Raptor.  LC12 plans call for lavish theming of an apocalyptical scene with reminents of a plane crash, toppled 18-wheelers, and even a restroom inside a set of freight cars. 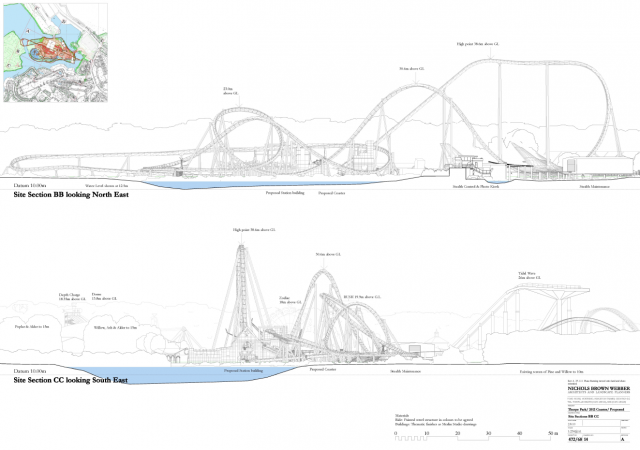 An elevation view of the layout of LC12. 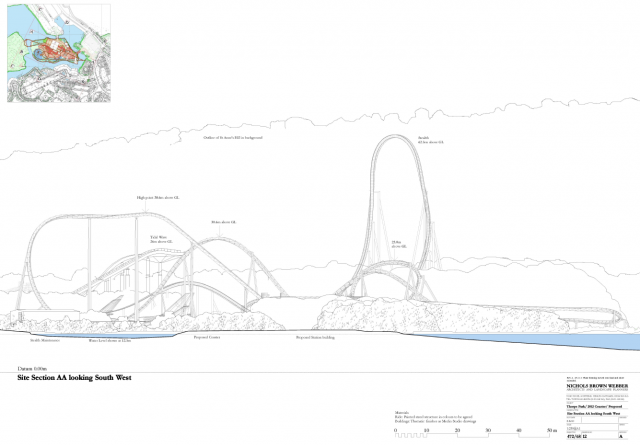 How project 'LC12' will compete with the rest of Thorpe Park's skyline.

LC12 will B&M’s second wing-walker (unless, that is, some other park is constructing one for next year as well), and the manufacturer is demonstrating that it is willing to introduce new elements to the coaster world again.  After climbing 38.6 meters (approximately 127 feet) on the lift hill, the ride will immediately go into an inline twists, and then a giant nose dive towards the ground.  This first of it’s kind element shows the originality that we haven’t seen from the company since the dive machines and flying coasters that went on to be popular with parks across the globe.  Other major features of the ride include a 100 foot zero-g roll, a 75 foot banked helix type element (it appears to resemble an inclined loop), and a corkscrew with an unidentified height.  In all, the coaster totals 3 inversions.

One major gripe coaster fans immediately have about the new coaster is it’s length; LC12 appears very short.  After the corkscrew, the coaster immediately turns around and begins its return back to the station.  In defense of that however, Raptor at Gardaland also appears to have a short layout.  Perhaps the weight of the trains simply prevents the coaster from having a lengthy layout.  Hopefully, the length of this new style of coaster can be improved in future models. 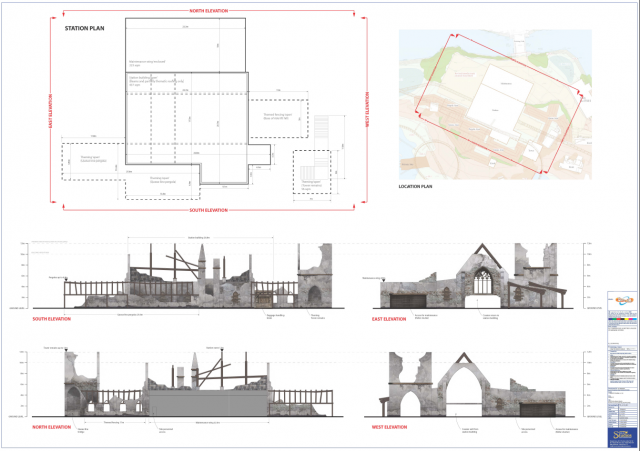 A detailed elevation drawing of the planned station building for the coaster.

In addition, Thorpe Park continues to show a trend of adding attractions with a high level of detail.  LC12’s apocolyptic theme calls for many giant set pieces, the biggest two being parts of a giant airliner that has crashed on the shores of Thorpe Park.  Other structures include what appears to be an abandoned church for the station, several toppled trucks, and a variety of other set pieces.  For more images of LC12’s themed elements, check out Thorpe Park Mania’s photo gallery.

Overall, I am impressed with Thorpe Park’s decision to go with a new design that has yet to prove itself.  It’s a risk, but I think it will pay off.  For more images released about project LC12. visit Thorpe Park Mania.