The roller coaster train has evolved greatly in the past hundred years.  We’ve gone from benches that slide along wooden tracks tracks, to the trains being the most sophisticated part of the ride itself.  Among the new forms of coaster trains is the spinning car where riders rotate on a horizontal axis separate from the track.  Many different manufacturers have put their own ‘spin’ on this concept and have created some fantastic rides across the globe.  Here’s our pick for the Top 5 Spinning Coasters on the planet. 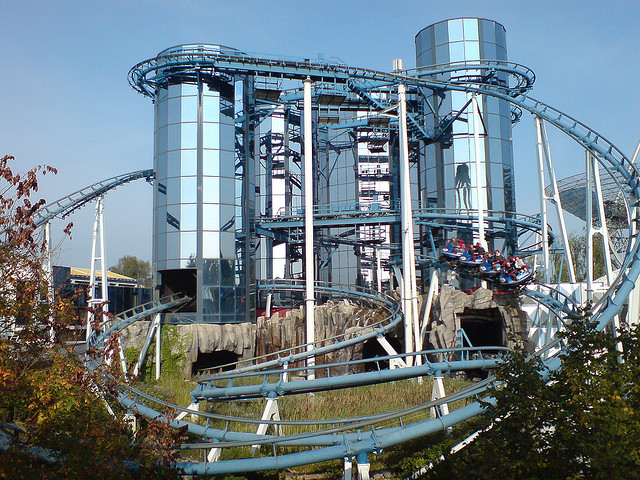 Euro Mir at Europa Park uses motors to spin each of the 4 individual cars per a train. Image by Flickr member astriaporta1

5. Euro Mir at Europa Park – One of the earliest spinning coasters, Euro Mir at Europa Park is truly one of a kind.  The ride simulates a trip to the space station Mir as well as the re-entry back to earth. Euro Mir begins with a 92 foot spiral lift hill, before cornering several mirrored structures, making for a trippy beginning.  Riders, then, drop into speeds of nearly 50 mph over the 3,215 feet of track. Unlike most other spinning coasters, Euro Mir’s spinning capabilities are powered by motors, and not gravity.  Although at times, the ride can boring, there is nothing else like Euro Mir on the planet placing it as #5 on our countdown. 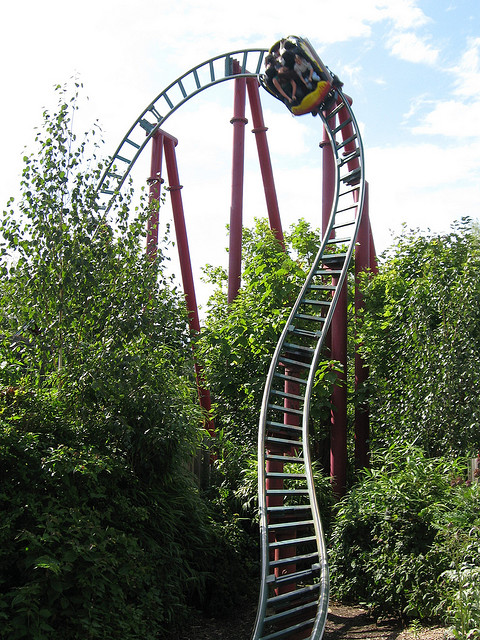 Dragon's Fury was designed with a custom layout that encompasses the surrounding area. Image by Bill Clement. 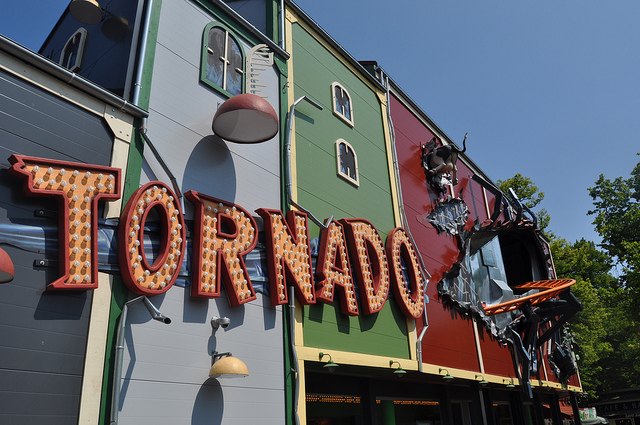 Tornado is Intamin AG's first and only spinning coaster on the planet. Image by Sarah Ackerman

3. Tornado at Bakken – Intamin AG is known for their mega coasters, accelerators, and other steel beasts, but in 2009 the Swiss manufacturer decided to put their own twist on  Tornado at Bakken.  The lift is essientally a launch, virtually rocketing the trains 33′ in the air. Adding more to the excitement, the inward facing cars allow riders to see their family and friend’s expressions throughout the ride.  Overall, this coaster knows how to spin, and while in a very compact area, the forces of Tornado put it in the middle of the pack at #3. 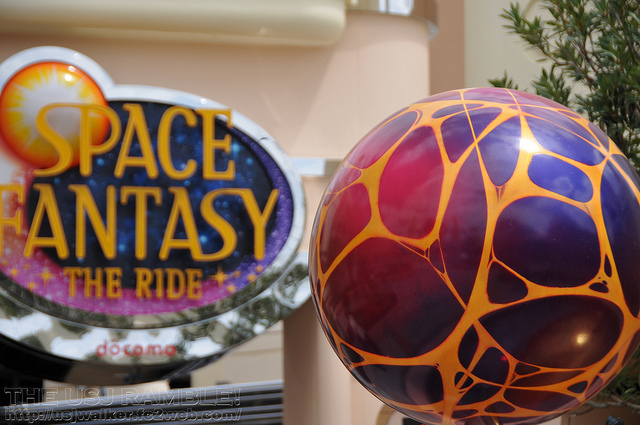 Space Fantasy's features custom cars that are designed to look like space crafts and glow in the dark showrooms of the coaster. Each train is also equipped with speakers that boast a custom soundtrack. Image from the USJ Ramble

2. Space Fantasy: The Ride at Universal Studios Japan – Universal Studios Japan is constantly trying to outdo it’s competition, Tokyo Disney Resort, with top notch, highly themed attractions.  In 2010, the park enlisted the help of German manufacturer, MACK, to build Space Fantasy: The Ride, an indoor coaster that is remisicent of the ‘Space Mountain’ Disney park models.  Park goers are called upon by a space princess to save a local galaxy’s sun by jump starting it’s core.  After boarding custom made, glow in the dark UFO themed coaster car, the ride enters the wonders of outer space with a finale like I have never seen before.  Space Fantasy’s elaborate theming is close, but not close enough to making it the best, as it grabs the #2 spot on our countdown. 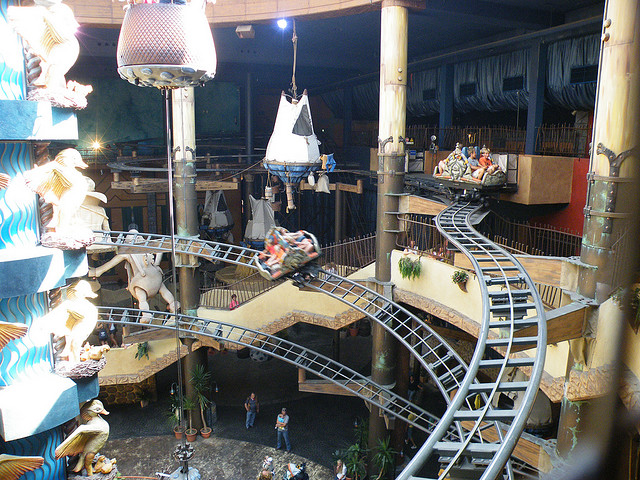 Winja's Fear and Force both feature a tilting track at the end. While one tilts from side to side, the other tilts forwards to backwards. Image by Matthew Wells.

1. Winja’s Fear & Force at Phantasialand – Phantasialand took full advantage of the spinning coaster train concept and applied world class theming to create Winjas Fear and Force.  This pair of Maurer Söhne spinning coasters cross around 1,400 feet of track each and go as fast as about 40 mph.  Completely enclosed as the underground civilization of Wuze Town, Winjas dives through a set of statues and set pieces and winds around a large atrium.  The coasters utilize elevator lifts, as well as tilting tracks that have been catching riders off guard since 2002.  Winjas combines the bests of all spinning coasters on the planet, large drops, sharp hairpin turns, and elaborate theming making both Winjas Fear & Force our pick for the #1 spinning coaster(s) in the world.

Do you agree or disagree? What’s your favorite spinning coaster? Leave a comment with your Park Thoughts below.