Rivers outside of Six Flags Over Georgia have risen and have flooded Six Flags over Georgia in Austell, Georgia Monday. Half the park remains underwater and plans on opening Saturday, a week before the Fright Fest season starts. 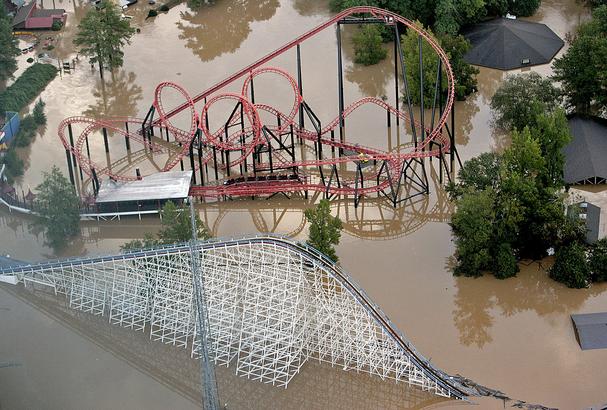 Great American Scream Machine remains under water after Monday’s flood. If this part of the park is still under water, it will remain blocked off on Saturdays opening. 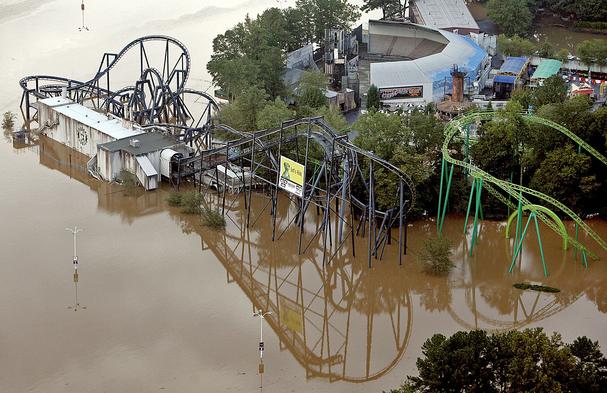 UPDATE: A birds eye video of the park can now be found on YouTube:

What do you think about this recent flood? Let us know in your park thoughts and comments below! Thanks for reading!