Although the 2011 summer season is just getting started, several parks are have already begun construction on their 2012 coasters.  Typically, projects that begin so early are certainly no small feat, and are often some of the most expensive coasters of the year.  Hershey Park has long been hinting at their 2012 addition with their self-created Ride Institue of Technology website, which has still left me puzzled as to what the theme of the ride will be.  Dollywood was much more secretive with walls suddenly popping up promising for a 2012 addition.  With 2011 being to be a very dull year in the theme park world, Dollywood and Hersheypark could potentially indicate a much more thrilling 2012 season on the horizon. 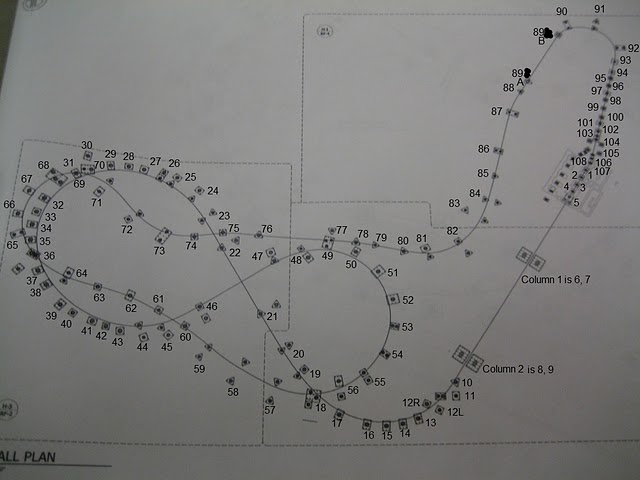 The guys over at Keystone Thrills have done a phenomenal job with coverage of Hershey Park’s new coaster since construction began several weeks ago. The park is currently istalling various footers surrounding the small lake just below Comet.  Various rumors suggest the ride is going to be the same model as the new for 2010 Intamin Giga-Coaster, Intimidator 305.  Supports have also been spotted near Lightning Racer which resemble those of Intimidator 305, verifying the rumors.  The layout pictured above is debated, and may or may not be the final layout however it does appear that the coaster will be massive. 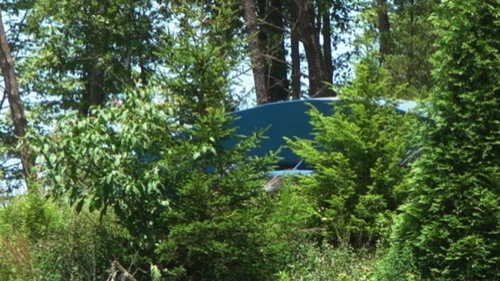 B&M track spotted between the trees at Dollywood. Image by CoasterFusion

Meanwhile at Dollywood, Coaster Fusion has a great update on the park’s 2012 project.  Clearing various wooded areas and pouring of footers is already under way.  A construction wall now daunts the phrase “The Sky is Not the Limit”.  With a good eye, one can also spot the tons of steel support beams and blue B&M track that is hidden backstage behind the dense wooded tree line around the park.  According to rumors, the coaster will in fact be a Bolliger & Mabillard Wingrider similar to what we have seen at Gardaland this summer with Raptor.  Speculations also seem to point towards a massive coaster layout featuring a 180 foot loop as well as 2-3 other inversions. Dollywood has also launched a teaser site for their 2012 project: Dollywood2012.com

If both these rumors hold true, that it would be an awesome year in the roller coaster industry.  Typically when a manufacturer creates a new style of coaster, it takes years to catch on, yet this Hershey Park coaster would be the 2nd of it’s kind in just 3 years, and the Wingrider B&M would be the 2nd to open in 2011 (along with Project LC12 at Thorpe Park)!  What are your expectations for the year 2012 in the coaster world? Leave a comment with your Park Thoughts below. 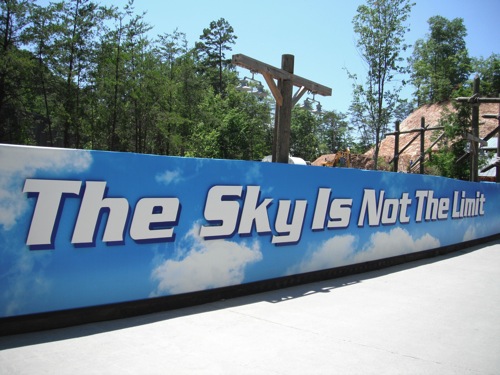 Remember, the Sky is Not the Limit for 2012. Image by Coaster Fusion