The last poll asked which under-construction B&M Wing-Rider you are most excited for in 2012.  The three competitors of this global showdown included The Swarm at  Thorpe Park, X-Flight at Six Flags Great America, and Wild Eagle at Dollywood. Each had their own merits, which was shown in the relatively close poll.  However, the winner with 45% of the votes is Wild Eagle at Dollywood.

Its understandable why Wild Eagle has so much appeal; it is the largest of the three wing-riders and features a breathtaking view from the top of the lift hill.  However, it can be argued that the other two will be more successful in different aspects; X-Flight is expected to have the most intense layout, and The Swarm’s elaborate theming is more impressive than anything we have seen before from Thorpe Park.

It is exciting to see more of these new models show up at parks around the globe.  The cantilever style seating makes each side of the coaster (left of the track, and right) a slightly different experience with a change in forces depending on the side one rides.  Plus, as these are distinct experiences that are incomparable to any other B&M model, it could compliment every park’s coaster collection (no matter how many B&M’s they have) nicely.

For 2012, I’ve determined that since we strive to update the sidebar poll every two weeks , to make the polls about the latest trending topic in the amusement attraction industry.  With that, I’m proud to introduce the first Park Thoughts Poll of 2012 building on from yesterday’s post:

Do you agree with Universal's decision to replace JAWS with the rumored Harry Potter expansion?

With Universal closing JAWS just two days ago, the ride’s demise is still a fresh wound for many enthusiasts.  However, for others, the thought of a Harry Potter themed replacement is an welcomed replacement.  But, for any of the 11 million Universal Orlando visitors, it will surely have an impact on their future visits. 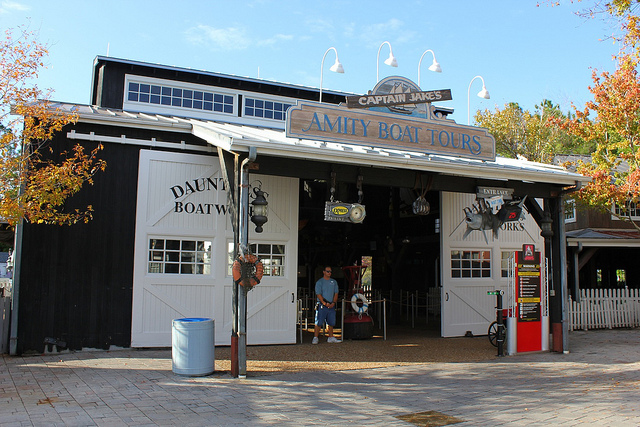 The soon to be demolished entrance to JAWS at Universal Studios Florida. Source: Inside the Magic

I’m obviously aware that Universal has not officially announced the Harry Potter expansion, however there is plenty, and plenty, and plenty of evidence supporting an imminent announcement of a Universal Studios Hollywood Harry  Potter addition.  So take this poll with the assumption that Harry Potter is in fact being added to the Studios park (highly probable).

Also, since there is multiple reasonings for one’s opinion towards the rather straight-forward question, I’ve added multiple “Yes” and “No” responses.  Note: All are allowed to vote for up to two options in the poll. So if you feel either “Yes” or “No” and agree with both reasonings, you can fully express this.

Poll closes January 18th.  Until then, the poll will be live on the sidebar, and embedded in this post.  Want to express your opinion with more than just a vote.  Leave a comment with your Park Thoughts below.