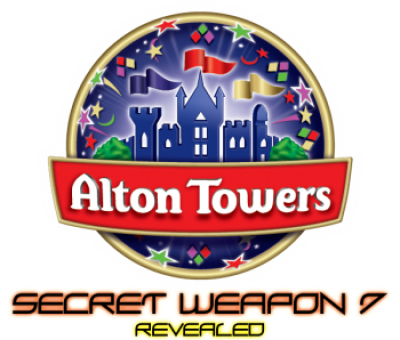 The UK has a funny way of making parks go very public with their future additions long before they are announced to the public.  Thorpe Park was forced to released plans for The Swarm a full 8 months before it would officially be announced to the public. Fortunately for coaster fans, Alton Towers has followed suite and begun the permit filing process for their new 2013 addition, codename: Secret Weapon 7 (SW7).  And along with the usual permit technicalities is a plethora of details about the coaster. Let’s take a look: 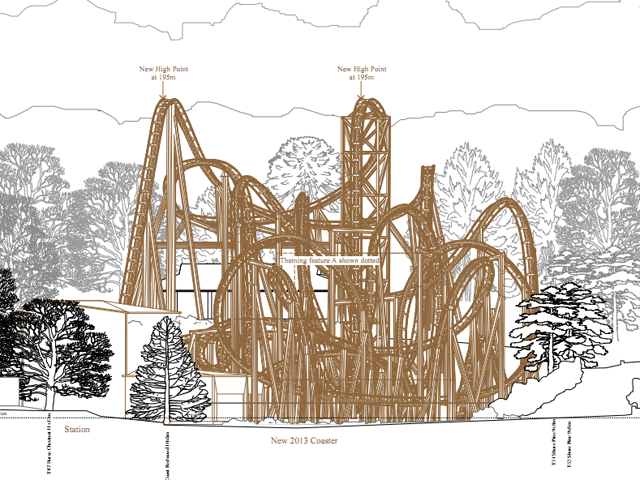 SW7 will be built on the site of the old Black Hole enclosed coaster, just across from Oblivion, extending the X-Sector themed area. The coaster will have a range of about 98 feet between highest and lowest points on the coaster, allowed via heavy ground excavation.  Along with the coaster will be a 9,000+ sq ft station with some “minor theming elements” throughout the surrounding area.  The total investment in the new attraction is around 20 million euros ($25 million US dollars). 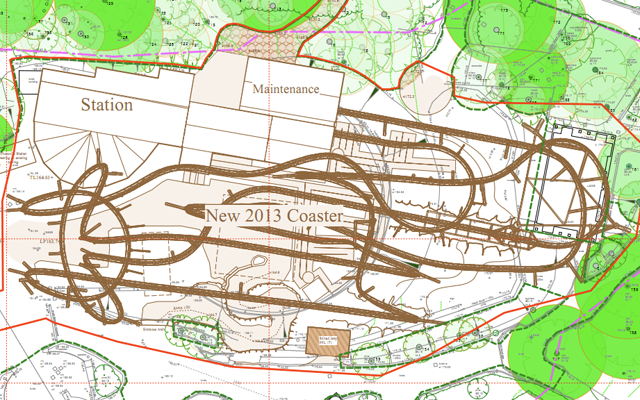 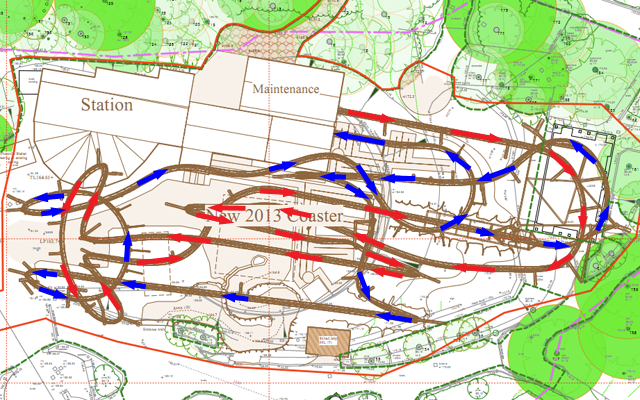 The same layout diagram but with arrows signifying the path the train will take. Red is the first half, blue is the second half (post vertical section). Source: publicaccess.staffsmoorlands.gov.uk

Wow.  The layout is nuts.  Alton Towers is often criticized for having too-few inversions and this coaster appears to take care of that minor issue.  There are 8 visible inversions shown in the diagrams: back to back imelmanns, a batwing, roll over, and cobra roll.  I suspect there also may be a barrel roll inside the main building to start of the ride, similar to Saw at Thorpe Park.  However its doubtful that there would be any more inversions as it would then take (or at least tie for) the title as most inversions of any coaster in the world; defeating the entire purpose of Colossus at Alton’s sister park; Thorpe Park. 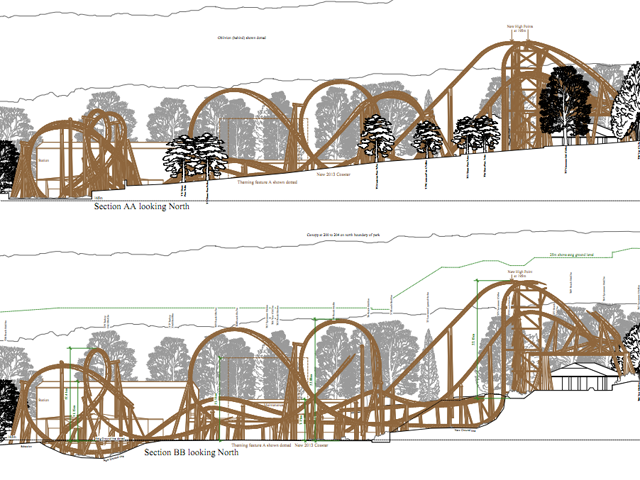 Other note worthy features include a moderately sized airtime hill just before cobra roll, several s-bends, and a long straightaway, followed by a vertical section of track (we’ll get to this later) dividing the ride in half.  The coaster’s height, is equal to that of the neighboring Oblivion, and the ride’s colors will be black and grey (surprise!)

Included in the planning documents is a noise report, detailing the noise impact it will have on the surrounding neighbors.  A lot of commotion has been stirred up over this comment inside that document:

So with that, its now confirmed that SW7 is a Euro-Fighter right?  The park explicitly says it will be based on SAW: The Ride at Thorpe Park and will be the same type (Euro-Fighter) and manufacturer (Gerstlauer).  Its also completely reasonable as the layout resembles the recently opened Takabisha. So its safe to assume that Alton Towers is in fact building a Euro-Fighter right?

In fact, I’m almost 100% convinced that this absolutely is not a Euro-Fighter.  That short and allegedly, “revealing”  couple of sentences also state that there will be a beyond vertical drop on the ride, when there obviously isn’t such an element shown in the diagrams.  Its understandable why the park would draw the comparison however; Alton Towers is notorious for having incredibly difficult neighbors.  Thus saying it will be reminiscent of one of the company’s other coasters allows for easy (and cheap) noise level testing to gather data that will appease the neighbors.

The more I think about it, the less a Euro-Fighter makes sense.  Alton Towers is striving for strong growth in the current decade, yet, why would the invest so much in such a low capacity style of coaster?  A Euro-Fighter has just 1-train capable of either 6 or 8 passengers.  And with no mid-course brake runs like other large-park Euro-Fighters, the capacity of this would suck.  And by suck, I’m guessing it wouldn’t exceed 500-600 people per an hour. Not what you want for a high profile ride as this will be.

Then just what exactly is Alton Towers building?

Well to be completely frank, I don’t know.  No one does, except for the lucky few who are involved in the design of this future masterpiece.  However, with the clues provided, I’ve made some educated guesses as to just what we might see from Alton Towers’ Secret Weapon 7. 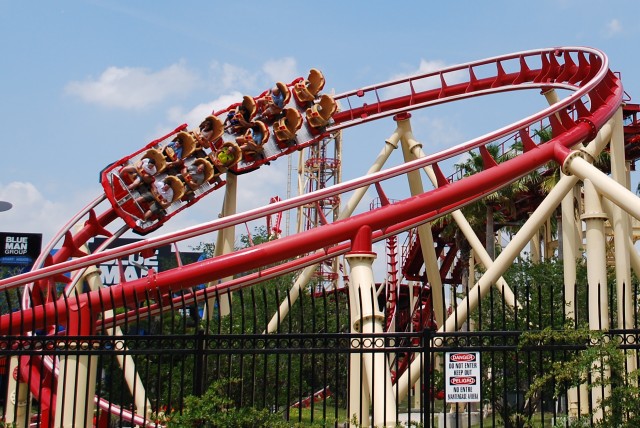 Far too often, concept art is in no way based on the final product.  The artist typically is not fully aware of what the track looks like, and even if they are, they skew the perception of the real thing by adding their own “artistic flavor”.  However, these planning documents and their schematics of the rides are very accurate.

Taking a look back at The Swarm’s plans, B&M’s signature box track can obviously be made out in the diagrams.  The track in SW7’s plans is not B&M, and is most definitely not Gerstlauer’s 3-spine track used on Euro-Fighters.  Instead, the track most resembles that of Maurer Sohne’s X-Coaster (as shown above of Hollywood Rip Ride Rockit).

An X-Coaster system actually makes the most sense with the layout.  X-Coasters are known to have twisted layouts, such as the one shown, and also have a much higher capacity than Euro-Fighters; while they have only been built with 1-2 cars per train so far, Mauerer Sohne advertises that they can accompany up to 3-cars per a train, making for 18-passengers.  3-cars per a train would make plenty of sense considering the long stretches of track between blocks. 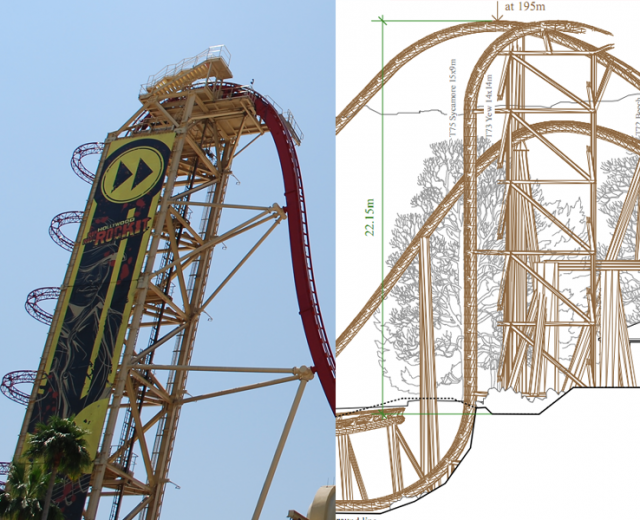 The most illusive aspect of the ride is the vertical track section.  All that is really known is that this section is that the coaster goes up this segment, and not down it.  Luckily, the diagrams also give a detailed look at the support system for this vertical section.  And supporting the track claim, the support structure exactly matches that of Hollywood Rip Ride Rockit, and look nothing like the euroFighter vertical supports.

Another one of the wild rumors about SW7 before these plans were released was that it would be a launch coaster.  This actually proved to be another big aspect fueling the Euro-Fighter fire; Takabisha has both a launched section and vertical lift, as shown in SW7.  Yet all other evidence points to Maurer Sohne coaster, with a Hollywood Rip Ride Rockit style vertical lift.  And the initial incline segment at the beginning of the ride certainly does not look like a launch either.  So the whole launch rumor is bogus, right?

A Zierer vertical launch coaster was once planned for Alton Towers. Could SW7 feature one? Source: Mandi Coleman on Flickr.

The Towers Times has a great article about the planning of Dark Forest (the area surrounding Th13teen, SW6), including concepts of headliner attraction.  RCTLounge member ‘DJMean‘ pointed out that one of the old SW6 concepts was a Zierer tower launch coaster.  For those unfamiliar with the model, it is reminiscent of a Euro-Fighter (go figure), with a vertical LSM launch, simulating a space-shuttle like take off.

Which made me wonder, what happens if the they dusted off the old vertical launch concept?  After all, it would be a European first (only one Tower launch exists in the world) making it a likely candidate for a Secret Weapon.  However, its obvious that this isn’t a Zierer Launch Tower coaster either.  So could it be a vertical launch? 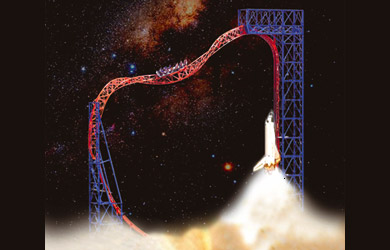 Coincidentally, Maurer Sohne actually does make vertical launch coasters, or at least advertises that they are capable of doing so.  The manufacturer states that they are capable of building a 1-g, 27 mph, 151 foot vertical launch.  And with SW7 standing at  just 100 feet, these statistics more than meet the qualifications.  While they are only shown for the SkyLoop model, I see no reason why it couldn’t be used on a more standard X-Coaster.

I’m no engineer but the transition from the long straight away to the vertical segment does not look passenger friendly if it was taken immediately after a launch.  Instead, I would guess that it is actual a 2-block brake run.  1 block slowing the coaster down, the other a waiting section before slowly going up the transition vertical and then launching towards the sky.  Sounds like the icing on this glorious cake to me.

So to conclude, here is my prediction for Secret Weapon 7:

What an awfully long and drawn out post, when the above bullet points outline the entire purpose of this write-up.  However, I know there will be a lot of nay-sayers and I just wanted to lay down the evidence.  None the less, I am very excited to see Alton Towers obviously putting so much thought and effort into what looks to be an amazing secret weapon, especially after the incredibly disappointing Secret Weapon 6.  With construction not scheduled to begin until September 2012, it may be a long time before we get all the details on the new attraction, but at least we have an idea of what to expect.